Subjunctive mood: assertions and desires, as expressed in blogs: respect their limits, please 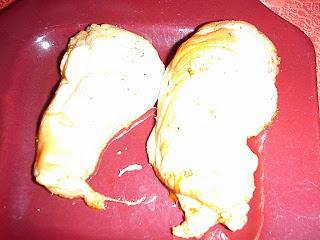 One skill in communication and in reading and interpretation communications from others is in distinguishing the statement of fact from the assertion of conjecture of the expression of desires or wishes. Conjecture in language is expressed with use of the subjunctive mood, and in some languages desire is expressed with a certain set of subjunctive conjungational endings called optative.

In English, as grammar and conjugation has become simplified over centuries (and as English became more “analytic”) the differentiation of the formal subjunctive from the indicative exists only in a few cases: third person singular, and some special forms for the irregular verb “to be.” There some other special rules, like that for the pluperfect.

I remember, from taking French, that other languages use endings a lot more to separate allegation from fact. When a French test made me conjugate a verb in all moods, it made me conscious of what the subjunctive means, even in everyday speech. As an educational matter, study of foreign languages helps people learn to communicate better and more precisely in their own language.

What’s the importance of subjunction? Well, it really matters on the Web, in blogs and profiles. Particularly mine. I often summarize arguments that other parties have made about a particular controversy, and even propose arguments that I think others could make.

Authors of non-fiction books on public policy often do this, to help the audience prepare to deal with an upcoming political battle. Indeed, there is a series of books from Greenhaven Press, “Opposing Viewpoints,” predicated on the value of doing this.

I went through lots of the arguments regarding gays in the military and subtle workplace discrimination (related to marriage laws) in my books, and then turned more attention to free speech and the unprecedented issues that now come up on the Internet. These may focus particularly on protecting minors, but they go way beyond the usual concerns about censorship (such as the CDA and COPA) to included “implicit content” (concerns about indirect motivation) and “reputation defense.” A number of incidents have occurred, sometimes tragic, with unintended consequences from Internet behavior where statutory and case law has no clear answer.

In blogs, some viewers find the practice of enumerating others’ actual and potential arguments disconcerting. They may believe that doing so gives bigoted attitudes credibility. I would answer that you have to account for what they say anyway and understand what really bug “them,” what “they” really need. But, worse, they misread statements of conjecture as statements of fact or as statements of the actual views of the writer (me). That’s particularly true in “analytic” English, where conjugation is not used as much and where so much inferred meaning depends on idiom and surrounding context. This gets more complicated in some kinds of cases that go beyond the issue of language structure.: I depicted (a fictitious character arguably "similar" to) myself as a potential “bad guy” in a fictitious screenplay on my website and was confronted (indirectly, by a school system where I worked as a sub) as to why would I even present myself that way (at least as possibly "confessing" certain potential "desires") in the first place. That’s part of the “implicit content” and “reputation defender” problems, and it relates also the the military "don't ask don't tell" policy.

Perhaps the greatest danger for blogs that do this is that some visitors could view an entry as hateful, perhaps even in violation of terms of service, when, if the posting is viewed carefully and in context, if is just accounting for arguments that some people make or might make in the future because of their own needs. In some of the Internet speech area, particularly, it’s important to realize that new laws probably will be propose, and novel situations will be tested in court, and additional creative arguments are going to be made. It is well to be prepared to meet them. Furthermore, public awareness of the range of arguments is important to keep control of debate out of lobbyists who collar policy makers and baby the public with simplistic appeals to very narrow “self interest.”

Here, too, I am reminded of a past debate that I had (even within the Libertarian Party back in the 1990s), over “winning arguments” rather than “winning converts.” I am an argument kind-of-person. I don’t like to go out and recruit people and manipulate them. I remember how this question came up in Minnesota with ballot access petitioning in 1998.

It’s also important to realize that the recitation of legal arguments or even the citation of legal court opinions or of administrative regulations (as with Social Security) on blogs does not constitute giving “legal advice.” A visitor who has a particular issue needing court or administrative remedy should always seek the appropriate professionals or at least be guided by the procedures of the agency to which they must appeal. The legal outcome of a problem will often depend on the minute facts of a particular case. Just watch Judge Judy.
Posted by Bill Boushka at 8:46 AM