Science 2.0: can the science and research "establishment" embrace intermediate online publishing and blogging? 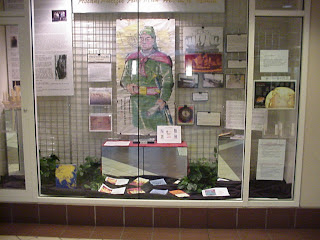 The May 2008 issue of Scientific American offers an interesting article on science blogging by M. Mitchell Waldrop, “Science 2.0” on p 69 in print. The basic issue is the capability offered by the web (especially the wiki and networking features of “Web 2.0”) for scientists to post intermediate results of research in various drafts on the Web for others to collaborate. There is a related issue online from January 9, 2008 “Science 2.0: Great New Tool, or Great Risk?: Wikis, blogs and other collaborative web technologies could usher in a new era of science. Or not”. The link is here.

This development seems like a culture change to science, that is used to exercising great care in developing publications in pricey science journals. Academic careers depend on a track record in publications (“publish or perish”) and patents or “scoops” could be put at risk. I can imagine that a similar concern exists for motion picture scripts and “creative ideas”, resulting in the “third party rule” common in the motion picture business for submissions.

The rapid availability of scientific information becomes a sensitive matter when the information may have political or even legal consequences. Imagine the possible problems: putative links between mercury and autism, between genetics and sexual orientation, data about communicability of infectious diseases. Of course, the matter would be very sensitive in an issue like global warming. On the one hand, the public needs the data ASAP, and needs some sort of “knowledge matrix” to place the new data into context.

The article suggests that “Science 2.0” needs a “reputation management system” to track those who post in the science forums. (P. 71) Maybe a new branch of business for Michael Fertik and “Reputation Defender”? However, individuals who post must be registered and belong to the organizations that do the research. Furthermore, the collaborative wiki software provides audit stamps and backout abilities, and could identify any vandalism if it ever occurred. Sometimes people prefer to remain anonymous when commenting, as they are careful about their own future "reputations."

A good example of a collaboration site is OpenWetWare.

There is also some discussion of more informal public blogging by scientists about their projects. A good example is "Useful Chemistry" on blogger, here.

By the way, I love the print font of the numbers on Scientific American magazine pages. They look like real numbers, just like in grade school.
Posted by Bill Boushka at 3:22 PM

Bill - thanks for linking to UsefulChem as an example. Although I do discuss some aspects of our work in more informal terms than would be found in a traditional publication, I also try to link the comments I make to the hard data on our public lab notebook.

I think that linking to all the raw data used to make observations, conclusions and speculation is more robust than relying on a reputation system. Science works best when scientists rely as little as possible on trust. See here for more on that viewpoint.