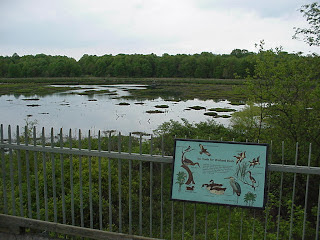 The House bill (HR 4279) colloquially known as the “Pro IP Act” would create an “Intellectual Property Czar” under the White House, although the administration seems to be cool on the idea. The bill was passed by a House committee April 30. The “IP Czar” concept, some lawyers say, could create what amounts to conflicts of interest in how to prosecute certain kinds of copyright offense. The House, in proposing and advancing the bill, seems to be reacting to pressure from the entertainment industry with outrage over the level of piracy of DVDs overseas. I’ve always had a problem with believing this, as I wonder about the quality of such DVDs. Theaters have sometimes prosecuted customers for attempting to camcord scenes from movies in theaters, even though trailers of high quality are widely offered on the Internet for free by the studios themselves. The bill is backed by NBC-Universal’s John Zucker. I’ve provided detailed Govtrack links here (look at the May 1 entry, and then compare to the bills in the earlier entry).

The bill has numerous provisions, including a safe-harbor clause for errors in copyright registration, and tightening of imports and exports. Some people feel that the law could affect independent artists.

The bill is opposed in the tech community, possibly because some of its provisions could hamper the way search engines and blogs work and provide legitimate advertising.

The news story by Frank Ahrens in The Washington Post is “House Bill to Create Anti-Piracy Czar Advances,” on the front page May 1, link here.

Gigi Sohn, president of Public Knowledge, has suggested that the bill becomes acceptable when it includes provisions to allow artists to use “orphaned works,” as provided in a related bill HR 5889 (see wordpress link above). Here is the group’s Press Release.

Here is a reference link to blogs on HR 4279

Generally, independent artists (filmmakers, musicians) are not as vulnerable to losses from piracy as are large music and film companies that depend on "cash cow" hits for profitability.
Posted by Bill Boushka at 4:24 PM