Karma: the heart of the matter for me 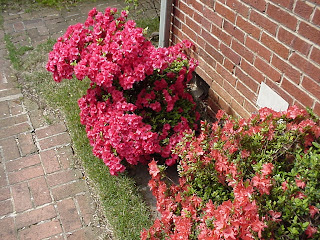 When I was substitute teaching, I had a couple of assignments as an assistant in special education classrooms for some severely disabled high-school age students. I noticed, before the students arrived, that at each desk there as a small photograph of a student and a list of behavioral expectation, in baby talk. My gut reaction, even though I knew the medical need, was to view this as tinged (by the school) with a degree of moralism. Students were to be trained, with rewards, to behave in a manner that they can fit in to society and become productive at some level. They could not just be left to be what they “wanted.”

I experienced something like this from third grade until finishing Junior High School. I was the recess “sissy” and teachers got after me to conform to the expectations of others. In third grade, in fact, my schoolwork suddenly dropped, but then picked right back up when I started piano lessons (and my attention in class and demeanor improved somewhat). The school systems, besides grades, gave us conduct marks on areas like “progress of the pupil as an individual” and “progress of the pupil as a member of the group.” On the later, I got a lot of 3's ("improvement needed").

The fact is, even as an only child, I needed an undue amount of attention to get through things, although I eventually did well in high school, and then in college, at GW, after the William and Mary incident discussed on these blogs (Nov. 28, 2006 entry, look at the archives). My parents did put me through GW when perhaps they could have left me to prove that I could fend for myself (look at the student loan debt issue today), probably because they knew what WM had done was wrong. I would later be "sheltered" from sacrifice in Vietnam when in the Army because of my education. Then, as a young adult, after “coming out” a second time, I had to spend an inordinate amount of effort on my own comfort, even with such things as logistics, to explore my own life, in a world so tilted toward the heterosexual family.

I can imagine an image that a documentary filmmaker could use to convey my circumstances. To improve my social development, my parents helped me convert the back yard into a “field of dreams” where we played a lot of back yard softball in the mid 50s. When the softball got waterlogged by mist and dew, it was heavy and soft enough that it could not easily be batted out of the yard. But I was playing with boys three years younger, an struggling to be competitive with them. As I say, that is easier to show in a movie than to say.

On a recent episode of “Days of our Lives,” the now robot-like Stefano-infected John tells Marlena, “I saved you, so I own you. If I tell you to clean my commode, you do it.” Yup, John could use some sensitivity training.

But you see the point: if it took other people’s resources to make you what you are, to make you productive, you owe them something. You didn’t “do” anything. But you were consuming resources of others, even without realizing it. Your freedom to make your own choices might one day be limited or circumscribed by what you "owe" others and how all this fits into the grand scheme of commitments people have to make and keep. So that gets to be a moral point. (I use the second person impersonally – and informally -- here.)

Now, I’m going to suggest a linkage that sounds like it could have come from one of Barack Obama’s former preacher’s sermons. Yes, disturbing, maybe offensive. That is, a lot of kids and teens have issues. They want their own worlds, that want to live up to their own idea of what life expresses them. In different ways, issues like autism, Aspergers, and anorexia become involved, as can gender identity. I don’t deny that there are different medical and biological issues with these. Of course there are. And they’re different from each other. But they imply someone needing something that will make demands of others in a world that, right now, seems challenged as to finiteness of resources. Ten years ago we were talking like we could produce our way out of everything and afford to give everyone what they want to be themselves. Now we wonder what it “costs” and how it comes from others. Some day we may keep track of personal carbon footprints the way we computer and "publish" FICO scores today. It becomes a moral question, too, with a tone that is all to familiar. In my own upbringing, this kind of question came up with questions like the draft, student deferments, and dangerous compulsory combat assignments. It also came up in questioning capitalism. Today it might come up in debating national service. But underneath all of this is the double-edged moral question of obligation to blood family. Such was the tone of all moral debate when I grew up. That’s why my father was so insistent that I learn to function “like a man.”

That’s where all of these “moral” questions that covered my own coming of age: who serves, who sacrifices, who depends on others without realizing what they are taking, came into play. That links to why the military gay ban ("don't ask don't tell") took on such ironic moral importance to me in the 1990s.

So, I owe something, because of the resources that had to be spent on me, myself and I. Had I been on par, as in the imaginary videos of backyard baseball, playing at my level (so that I could no longer fit in a back yard, even with a soaked softball) I wouldn’t owe the same karma. I wouldn’t have faced the same issues. That doesn’t mean I couldn’t have been gay, but in some fundamental ways I would have respected my own biological essence in ways that I think I didn’t. So I would still have enjoyed a different “different life.”

That seems to be the heart of a moral dilemma as I live it. The potential of what can be expected of me – I’ve covered it before in a few blog postings (see the label below to display them together). Grunt work at 65: graveyard shifts; I’ve seen some seniors working in McDonalds near the outplacement company I visited in 2002. That’s part of this “pay your dues” idea. But the biggest part is emotional karma. I encounter expectations from people to “play family” (even though I didn't continue it biologically or "competitively") accept people into my life on their terms, give emotional empathy comparable to what I needed when I was younger. Yes, that’s karma.

As I wrote twelve years ago in the Introduction to my book, a lot of what we call “homophobia” comes from the idea that parents and families feel cheated. They may believe that connection in their children to family biological “vicarious immortality” (and loyalty to blood as if it were life) is part of their birthright, and essential to their own marriages. They may believe that all sexuality (even fantasy), not just procreative intercourse, should generate risk sharing and family responsibility. Most of all, they may believe that family solidarity is essential to protect individuals in ways they can never be expected to protect themselves. The “public morality” of a half century ago or more assumed these things without saying them. That’s why grooming for complementary gender roles was so important.

People assume that this is all rooted in religion, but really it is just socialization that people come to depend on in order to function. In a nutshell, many people believe (without much articulation) that everyone owes primary blood loyalty, including prioritizing familial-reinforcing personal participation in family usually with marriage and procreation, in order to enjoy the material and cultural benefits of open life beyond family, and to have more than others have. Fifteen years ago I would have almost laughed at the idea; now, even if I don't agree with it, I can't scoff at it. Like all putative virtues, it has plusses and minuses. Both public morality and modern individualism may, given context, encourage racism and other discrimination, or both may counter it. It all comes back to carrying out of individual karma.
Posted by Bill Boushka at 7:45 PM