Employers sometimes expect associates to use social contacts for business leads: another reason why social networking profiles can matter on the job 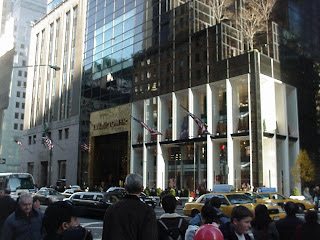 I ran into a young life insurance agent on the Metro yesterday, and we got into a conversation about how agents are hired, something I discussed in July 2007 on the retirement blog (see profile). I mentioned that the last step was to be an exercise developing 200 or more leads.

“That’s to see if you can build a list of contacts, and have enough coming into the job,” he said. In other words, a life company would have, in my case, been expecting that after twelve years in life insurances as an IT person, I would have enough “business contacts,” or that I would have it through “family.”

There’s a similar issue if one tries to get into IT recruiting. Typically recruiting firms develop when someone leaves a large company or large government agency (in the DC area) after many years and has many contacts. And the same would apply to many “beltway bandits” and lobbying groups, or to “K Street”.

And it would even apply to technical hardware and software sales. However, conflicts of interest and non-compete agreements might often hinder ex-employees (even those laid off) from using contacts this way.

You can see how the concept of building contacts works, even in reality television shows like Donald Trump's "The Apprentice."

This may become a problem for individuals in the GLBT world, unless their own personal networks are large and personal enough. Often they are somewhat disconnected from their families, and some employers would have expected on being able to use family connections for business purposes.

This does help explain why companies have viewed the development of social networking sites with both interest and concern. Some can sunder their own reputation for future business on a social networking file without realizing it, or others might sunder it for them. But the concern goes beyond that. Companies, in many areas, want people to use their own personal reputations, “to get business,” and will want to see their personal social networking profiles commensurate with this purpose.
Posted by Bill Boushka at 6:54 AM