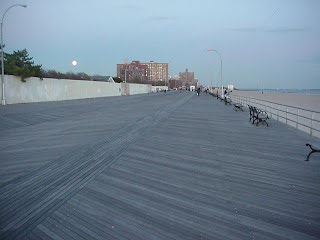 On Monday, May 19, the United States Supreme Court, in upholding portions of the 2003 “Protect Act,” affirmed the legal principle that it is all right to make it a crime to offer for sale, distribute, or promote a service or product that is illegal even if that service or product does not in fact exist. Even the more liberal justices like Souter indicated that this is simply fraud and, even without other concerns, there is no reason that this cannot be made a crime. I have some discussion of the Opinion (and all the relevant links) on my May 19 issue on my COPA blog here.

Does this opinion have any effect on the issue of “fiction” in blogs or on websites when the fiction gets misinterpreted by others? I’ve discussed the potential ramifications of this problem before, particularly with respect to employment and “reputation defense.” But could it trigger a prosecution under a “pandering and solicitation” statute?

It might be possible in some cases that “fiction” would be viewed as “thinly veiled” (as in the divorce case on Vermont previously covered (Jan. 11 2008 on this blog; state court case law, as in California with the Bindrim "Touching" case, discussed July 27, 2007, could also apply sometimes). If such a transparent piece of fiction seemed to offer an illegal product (c.p.) conceivably that could fall under the penumbra of a law like USC 2252A. Or conceivably it could be viewed as enticement (like 2242). It would seem reasonable to say, however, that if it was clear to the “average visitor” that the piece really was fiction, then (by straightforward syllogistic logic) the piece of writing does not make a representation that some illegal service or product exists and will be offered, and the visitor should realize that the purported object may well not exist at all. A blogger might write a story or screenplay to demonstrate “what can happen” (consequences) in some hypothetical circumstances, even using someone a bit like himself as the fake protagonist. The blogger will say that this is a “thought experiment.” Writers depict “thought experiments” all the time (Andrew Sullivan is fond of using the term). This activity would seem to be clearly protected by the First Amendment and the narrowing of 2252A offered in Justice Scalia’s detailed Opinion would certainly preclude its being used in such a case.

There are problems, however, inherent in “amateur” self-publication and distribution. Commercial motion pictures normally contain, as the last item on end credits, a clear disclaimer that the story just presented is fiction and any resemblance to real people or situations is coincidental. “Amateur” publications may not be so carefully labeled. And, in fact, sometimes a real person (oneself) might be identifiable and parodied in a hypothetical situation to make a point. It is possible that in the future, Internet content labeling technology, discussed in the COPA blog mentioned above, could help alleviate this potential problem.

A bigger situation may occur with the personal and, particularly, employment circumstances of the speaker. Suppose the person is a teacher, and in a situation where he or she is expected to function as a public “role model.” (With substitutes that expectation gets more dubious.) A “role model” is not supposed to allow (much less “encourage”) others to question his or her impeccable character. Therefore Internet conduct that leads to these questions (“reputation defender” again) might, in this context, raise secondary legal questions that could seem to encourage prosecution in some extreme cases. If this is to become the case, school districts and similar employers should make this clear to employees with announced personnel policies.

But then, "they" will say, every adult should hold up as a role model!
Posted by Bill Boushka at 6:09 AM