T-shirt vendor sued for unauthorized use of fallen soldier's name; a test on the First Amendment with commercial speech? 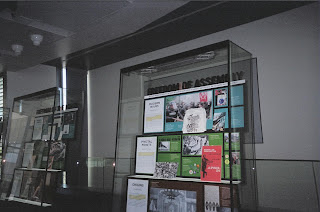 An Arizona online merchant selling (and apparently having manufactured) a T-shirt listing the names of soldiers killed in the War in Iraq has been sued by the family of one of the fallen soldiers, apparently for “intentional infliction of emotional distress,” for a whopping $10 Million. The AP story by Paul Davenport is “Slain Soldier’s Parents Sue T-Shirt Maker”, link here. (You may need a paid AOL subscription to see the article.) The story does not yet come up on AP.org AOL has a running survey (for subscribers) that seems to indicate that the public supports the family. The East Valley Tribune in Phoenix also carried the story on April 23, here.

The company is called “Carry a Big Sticker” with this website. You can see the “Bush Lied” shirt at this link.

Arizona, as do some other states, has a law prohibiting the use of fallen soldier’s names for commercial purposes without permission, and actually makes this a misdemeanor as well as actionable in a civil suit. A federal judge put the criminal portion of the law on hold, saying that the use of such names on shirts was political speech. Patrick Howell O’Neill has a story on this action by the ACLU filed in 2007 to void the Arizona law, “ACLU Seeks to void law banning use of dead soldiers’ names on shirts; Arizona businessman protests war with shirts using fallen soldiers’ names; Police to file criminal complaint, link at Associated Content, here.

Generally, the First Amendment protects commercial speech “almost” as well as non-commercial political speech. There are some limits as in the “Central Hudson” test, discussed on the UMKC law school (Kansas City) website here, “government regulation of commercial speech”.

Generally, government can regulate speech that sells illegal products or services, misleading speech, or in cases where the regulation meets a substantial state interest and is narrowly tailored.

The question of what is commercial speech comes up frequently, as now with ordinary blogs carrying advertising. The question was debated in the COPA trial in 2006 and never completely resolved, as the federal judge felt that the concept is still ambiguous.

The "Fair Use" doctrine of copyright law does consider "commercial" speech less favorably than free speech.

It may be possible for this sort of problem to come up with "right of publicity" cases, too; but that has more to do with implying endorsement or with unauthorized use of a picture or image as well as a name.

"Intentional infliction of emotional distress" has always sounded like a catch-all that invites abuse by "plaintiff's bars." It sounds like a John Stossel "Give me a break" to me.
Posted by Bill Boushka at 3:15 PM