Should individuals be their own moral agents? They have to get their own information first. 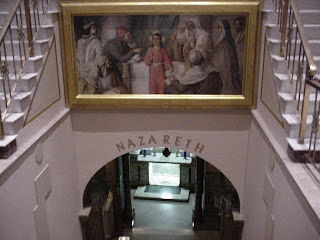 During the past few decades, there has occurred a shift in the way individuals get and interpret information. Along with this goes a change in the attitude that individuals have toward their personal stake in and responsibility for global issues.

A half century ago, we had a paradigm that a person’s moral loyalty belonged to his or her blood family, and that big conflicts of a global nature were the province of experts, or politicians who represented them. Conflicts among groups of people for resources were settled by wars or diplomacy. People got information parsed, organized and doled out to them by those in charge, of families, churches, etc.

A major component of peace, at least in a moral sense, would be the ability of the individual to assess his own actions. That seems particularly apparent with a concept like “carbon footprint.” A person’s family, community, union, church or employer may not always be right about some critical issue, and the individual needs the ability to break free. In a world where families and communities sometimes seem weaker and less cohesive, and where interdependence could become a virtue again, that secularized and individualized idea of personal responsibility can become controversial.

The Internet figures into our way of getting and processing information, by making so much accessible instantly. It seems revolutionary, but television was viewed as revolutionary fifty years ago. Technology (media companies and now user-generated content) may seem to make it easier for “Everyman” to keep up with things; the ease of access, however, seems to lead some people to become lazier and less sharp in their critical thinking skills, which is the opposite of the effect that democratizing through the Internet seeks. The title of a fictitious book written by an angry literature professor in the (Miramax) movie “Smart People” communicates this sentiment: “You Can’t Read.”

There is some talk in libertarian circles of more “direct democracy” (Mike Gravel) and use of referendum, which can become dangerous. When people go to the Internet, they often find one-sided pieces that fit their preconceptions of a problem. In that regard, the quality and objectivity of the “amateur” and volunteer edited Wikipedia is quite encouraging (despite reports to the contrary, such as “tampering” by supporters of political candidates or even from companies themselves). The appearance of book series like “Opposing Viewpoints” from a small Michigan publisher (Greenhaven) is likewise encouraging. I’ve talked before about how to use database access methods to store and organize the retrieval of “opposing viewpoints” within categories, and found that improved capabilities in blogging software (especially Wordpress) can facilitate such efforts.

I’ve tried, in my own posts, to bring together as many aspects of a problem as possible. This morning I wrote, on my retirement blog, a piece replying to a newspaper op-ed on caring for your parents. While an emotionally charged issue (“family values”) a constructive approach to the issue invokes many areas: long term care insurance, family structure, employment leave policies, social security and Medicare reform, possibly filial responsibility laws, and even sexual orientation. People often soften their writing on these kinds of issues to avoid offense or political incorrectness. Or they may be afraid to "put it all out there" to an unknown audience that could behave unpredictably when that audience is used to having access of information and use of it manipulated by familial, religious, or other "legitimate" structures of authority. But it’s necessary to put it all down on the table and tell the truth. With today’s technology, it just takes one person, and almost no money, to do that. The knowledge among politicians that just one person does this can keep the whole system, otherwise vulnerable to special interests and lobbyists, honest. But that does require "the knowledge of good and evil."
Posted by Bill Boushka at 12:07 PM