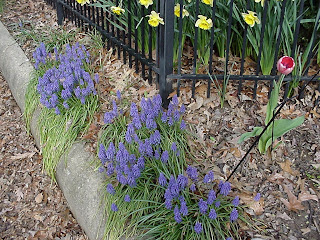 One of my pet topics has always been “conflict of interest,” and even the Fairfax County Public Schools had an occasion in late 2005 to read what I had to say about this online.

So I noticed today a curious story by Leah Fabel on p 3 of the DC Examiner for Saturday April 5, 2008, “Montgomery principal shuts down consulting side business,” link here. The free newspaper had a cover page headline "Moonlighting principal faces ethics questions: Richard Montgomery's leader offered seminar for fee at school."

A principal of a high school in Rockville, MD (about 15 miles NW of Washington DC) had been running occasional seminars ("Breakthrough Principal"_ for other principals, apparently some of them on school property on student holidays, and apparently charging for some of them. There is a site http://www.savetheprincipal.com which the story says was taken down after the Examiner interview, but which now says it is “under revision” (the site responded slowly, but did come up with a home page for me after about a minute).

I wondered the same thing about teachers, who sometimes have to moonlight to make ends meet. The most sensitive issue has been the “reputation defense” issue that occurs when students are able to find personal profiles or blogs by teachers on the Internet and find content that, taken out of context, confuses them and that doesn’t seem to have a legitimate “purpose.” Teachers have lost their jobs or had contracts expire because of outside activity, such as appearing in "adult" websites of magazines, even many years ago. I have a couple postings on this, especially based on the Dr. Phil show: here (from Dec 2006), and here (Jan. 2008) with a case about a New Jersey substitute teacher.

DC Examiner has a story this morning by Leah Fabel, "Principal in Montgomery County probe also faces plagiarism charges," link here, from a company called Breakthrough Coach.
Posted by Bill Boushka at 8:18 AM

It should be interesting to see what happens. This was a MD Principal of the Year in 2007. As a taxpayer, though I feel that his effectiveness has diminished and that he should resign or be fired. He can now devote his full efforts to his consulting business. This seems to be a problem in MoCo. Wasn't John Q Porter running a business when he was serving the students and taxpayers of Montgomery County?

The incident with Carrasco is minor compared with the John Q. Porter cover up, in which Jerry Weast directly participated. Porter owned his own "tech" company, "Spectrum International," and as MCPS CIO spec'ed in 1,000s of PDAs to be sold by Spectrum International to MCPS around 2003. The deal was worth millions and Porter made quite a tighty profit. The whole thing was covered up, Porter was PROMOTED up and out of MCPS, went to Oklahoma, where he did the same thing... AND GOT CAUGHT and fired. It is still making big news there. At most Carrasco should get a strong repremand and cease doing any business on MCPS property. Other than this unfortunate affair, Carrasco appears to be a good principal.