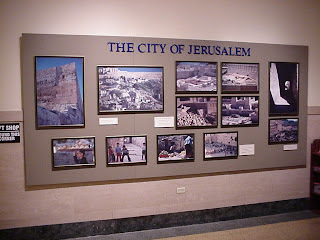 Free speech in Europe is, apparently, not as closely protected as in the United States. An example is shown by a recent AP story by Devorah Lauter, “French bill takes aim at those who glamorize the ultra-thin,” April 15, here. The story appeared in summary form today in the (free) Examiner newspapers (p. 17 in Washington).

The bill would fine and imprison publishers of websites that encourage or aid with “extreme thinness”, and the bill attempts to take aim at those who would “exploit” anorexia nervosa, a psychiatric disorder sometimes leading to starvation, especially in young girls. The bill was authored by conservative Valery Boyer. There were concerns that fashion companies in France were capitalizing on anorexia and bulimia.

The detailed provisions of the bill are in another AP story, here.

There are concerns that “extreme thinness” is a vague concept, just as some people maintained that “harmful to minors” was a vague concept in the COPA litigation in the United States.

In the United States, given First Amendment interpretation, it is generally difficult to outlaw speech for encouraging others to do harmful things unless it entails an “immediate threat of lawless action.” However, sometimes there are laws that prevent the enticement of minors, as with activity on the Internet, and some interpretations of these laws could become legally controversial.

There are many blogs that advocate “thinness” in the US. In Europe, there is more of a feeling that "you are your brother's keeper."

In October 2007 I reviewed the HBO documentary on treatment for anorexia here. The disorder leads to destructive or nihlistic behavior that is heartbreaking to watch on film.

There are other interesting comparisons between US and European or British law on speech. Kitty Kelly (“The Royals”, 1997) has maintained that in Britain, truth is not an absolute defense to a complaint of libel. There have been problems with “libel tourism” with a Saudi businessman who sued in Britain to get a judgment over a book not even published in Britain, as with Rachel Ehrenfeld’s book, reviewed here in October.

Picture: from the Franciscan monastery, Washington DC.
Posted by Bill Boushka at 4:59 PM