"Amateur" journalists: when can they get paid? 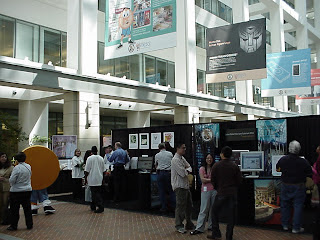 Well, I’ve recently seriously considered contacting the major media about my concerns in several areas, as often covered on these blogs. One of the areas is “reputation defense,” and another is the management of substitute teaching, and as I have related before, these two concerns intersected in my own life. Still another area is filial responsibility, which could soon ambush us (especially the LGBT population).

There are several approaches. One is a simple letter to the editor, and I’ve written many of those. I’ve had four of these published in The Washington Times (two in 1993, during “first” debate on gays in the military, and another in U,S. News and World Report, in 1996, and a similar piece on “gay witchhunts” in the Army Times then). Some papers, like The Washington Times, sometimes offer the opportunity for “novices” to publish longer op-eds on critical topics in the Sunday paper.

Newspapers do not pay for these contributions, generally, and the same holds for television networks. The “compensation” in the journalism world is for the “professional work” of not just getting the scoop or story, but of careful and procedural fact-checking, and writing the story accurately under a time-pressure deadline. Foster Winans explained all of this in his 1986 book “Trading Secrets” from St. Martins Press (about insider trading on Wall Street, and his perspective as a WSJ reporter writing “Heard on the Street”).

This reminds me of an undertone of discussion in the writing community, particularly when I mixed with the National Writers Union and a gay journalists union. Since I don’t make a lot of income from writing (I have to admit, I live off of retirement incomes and 401K’s invested well enough it seems), I don’t belong to these unions now, although that could change again in the future. There was a perspective that writing is a profession, like computer programming. It is a service that people pay for, and this particularly holds with business writing. For example, look at Holton (Minneapolis) “If you have an idea, I can help you sell it: Writing for Results.” That perspective helps explain the sensitivity over electronic republication royalties and copyrights, even especially with the recent WGA (Writers Guild) strike, although I think that industry could develop much more realistic compensation models (and more effectively and automatically adjusted) than were available in the past.

When one develops his own ideas and content and submits them, should he or she get paid for them the same way? That sounds like the essence of freedom, both of speech, or property rights, of the ability to contract. Of course, the media companies have a right to set their own policies, and they have a legitimate interest in keeping up journalistic standards to a professional level expected of the credentialed press. Still, some of the problems we encounter today (like “reputation defense”) are so ambiguous and unexplored that it would make sense for them to hire freelancers with “niche expertise” on short term contracts do research and report specifically on these problems. I hope I will find them open to doing this.

I have an earlier story on networked journalism in July 2007, here.

(Note: The Newseum in Washington DC opens today; I expect to visit it soon.)
Posted by Bill Boushka at 7:56 AM