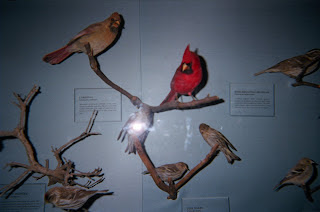 Today (Monday March 3), The Washington Times ran, on page A2 print, the “Culture et cetera” page, a church-related story with an excerpt from a sermon by Rev. Al Dayhoff, preached Feb. 24 at the Grace Fellowship Church (Presbyterian) in Chantilly, VA (link), called “Children require play, school, God: Surviving parenthood entails responsibility of raising youth.” The sermon excerpt was a portion of a series called “surviving parenthood.” (No direct link was available at the Times, but here is an audio .mp3 link and here is the link for the sermon series. (There are similar links; the .org is a similarly named church in California; without "church" it brings up one in New York State.)

The excerpt develops a concept that he calls “covenant parenthood.” A covenant parent, he says, might not even have his or her own children, or “enough children.” That is, essentially, shared parenthood, through both adoption and the actions of extended family members, especially grandparents, and what he calls “second-tier” parents (aunts and uncles), “kinfolk” as in one of Maggie Gallagher’s pieces about marriage. At one point, he says “I have responsibility for your child and you for mine.” This sounds like Philip Longman’s proposals having government encourage people to babysit each other’s children instead of earning a living, in order to fix the “depopulation” problem (as in the 2004 book “The Empty Cradle.”) Of course, remember what is now a quite distinct concept, "covenant marriage." The term "parentage" actually means something in database software (especially IMS), a linkage that connotes a moral concept.

The sermon also talks about ways to “be with children.” That includes play. Only as he gets farther down the list does it become specifically “be with your children in their schooling.”

The message, on one level, is that even those who do not have their own children should accept responsibility for other people’s children and other family members, and that this idea has become a moral edict. Perhaps it expresses the sentiment that since parenting demands so much emotional "enlistment" (to include "attachment parenting" and the "family bed" sometimes) children, even as adults, owe their parents the same investment to continue the family in some meaningful say, according to "individual" ability. That is how this strikes someone used to living for decades in an individualistic culture that values “personal autonomy.” It seems to target "the (willfully) childless." However, the tone of the sermon is such that it obviously presumes a group mentality, the idea that loyalty to blood family and the surrounding community is the highest moral value one can have – to the point that it is no longer a “moral value” in the usual sense but just part of a commissioned, group-linked religious calling.