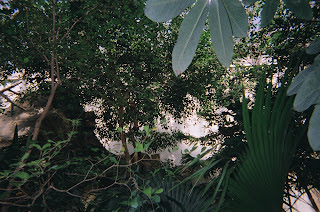 Should the United States Customs and Border Protection bar entry to an author from another western country (Britain in this case) for what the author "confesses" to in an "autobiography"? Such is the case of Sebastian Horsley with his 2008 book from Harper Perennial, "Dandy in the Underworld: An Unauthorized Autobiography" (Amazon link here). The news story in The Washington Post, March 24, 2008, Style Section, page C1, by Keith Sullivan (Washington Post foreign service) is "At the Border, No Tip of The Hat for This Dandy
U.S. Officials Cite 'Moral Turpitude' in Barring British Author", link here.

The autobiography does portray a lot of sex and drug use, and the author claims to have recovered from drugs. But the most harrowing incident is the "crucifixion" in 2000 in the Philippines.

Horsley was denied the privilege of using his visa-free entry from Britain. He must go through a specific application with the State Department.

This incident reminds me of earlier issues with blogging and "fiction" (including some of my own) that seems too close to "reality" or at least a "desired reality" and which, to authorities or employers (or school districts or perhaps the military) indicates a "propensity" to engage in future conduct that might be prohibited or dangerous. It's not clear here that the "autobiography" or "memoir" is literally true.

It's not clear why Horsley wasn't barred before, even since 9/11. His lawyer says "Sebastian's life is art ...and "art is meant to be provocative."
Posted by Bill Boushka at 6:02 AM