Truth and Right: "Justice" is a kind of geometric mean 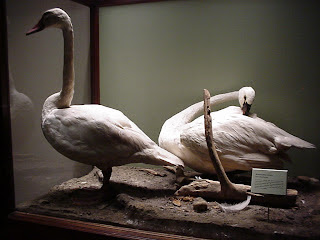 Some visitors to my blogs are familiar with my coverage of the theories of Paul Rosenfels, and I wanted to make a quick note about three concepts: truth, right, and justice.

The parameters of “truth” are those of intellectual honesty and rationality. Truth requires acknowledging the facts that evidence points to. It is hard to define in advance, but on experience we know it when we see it. Some examples: it seems almost incontrovertible than man and other animals and life forms developed over varying periods reaching back into a few billion years, punctuated by various cataclysmic changes in the earth. That seems “true.” That doesn’t rule out some underlying “intelligent design” but it doesn’t prove it, so believing in the latter is somewhat a matter of faith. Fast forward. It seems like incontrovertible truth to me that AIDS is directly connected to HIV. The idea that HIV could never become casually contagious seems a little less absolutely proven. On the other hand, the idea that avian influenza, if it became human-human transmissible, would repeat the Spanish Flu epidemic of 1918 also seems speculative. Avoidance of truth seems motivated by a religious or a political agenda.

As for biological causes for sexual orientation, the evidence seems provocative but inconclusive. But “truth” does point to a broader idea: within any extended family or group of families, there is a wide range of human personalities and these seem to be hard-wired. It seems evident that not everyone is born to reproduce directly. Looking around at the animal world, this also seems to be true of many animals. Nature, however, generally provides a very high priority on reproduction and caring for the young.

“Right” sounds like a moral concept, but we find ourselves basking in epistemology when we try to trace the logical evolution of our ideas of right. So I like to backtrack to a middle concept of “justice.”

In libertarian thought, “justice” seems related to personal responsibility and outcomes that follow from the choices one has made. We like to see just outcomes, and sometimes we get wrapped up in wanting to see personal atonement for mistakes or wrong. But, in practice, outcomes occur that are partially due to external causes and beyond any reasonable control of the individual.

After the 60s, the far Left became concerned about individual social “justice” and wanted to force the rich to give up some of its “undeserved” wealth through expropriation. I recall particularly the sharp edge of the "moral" debate over draft deferments (and military combat MOS assignments) during the Vietnam era. The Maoist “cultural revolution” may have resulted in “justice” from the viewpoint of many people (when they are concerned with individual "deservedness" and "karma"), but it hardly seems “right” because it denies personal freedom and any choice of expression. (It's pretty easy to come up with many other unpleasant examples in history, some of them recent, where there is an apparent "rationalization" for "justice".) An “objectivist” insistence on “just” outcomes can lead to dead ends and contradictions. For example, if a criminal from the ghetto is punished for a violent crime, that seems just; but the historical background that led him to be deprived (in comparison to others who have “undeserved” wealth) seems unjust.

That seems where the idea of “Right” comes in. Some underlying assumptions, often spiritual in nature, drive what seems like a reasonable outcome. Unfortunately, sometimes these are “religious” in nature and get carried away with themselves (the “Moral Majority” and religious right of the 1980s). But even utilitarian thought can help suggest what is right. For example, it may make more sense in the current mortgage crisis to write off some loan balances and let more people stay in homes than insist that everyone carryout his contractual obligations to the letter.

One of the biggest problems for finding the “right” has to do with the family. Some people seem more inclined (even by “hard-wiring”) to pursue expressive cultural interests than to reproduce, and some may be more interested in adult relationships than parenting, and may not have children (it’s not that clear how much of this is a “choice”). But then we are left with one of the most perplexing questions: may the interests of those who do not bear their own children be mitigated to serve the needs of those who do? A libertarian would have said no, but the difficulty that a modern competitive society provides for parents has become quite extreme, to the point that we can have a demographic crisis. A religious person might see reproduction, or a willingness to submit one’s priorities to the reproductive needs of other family members and “live for family” first, as part of basic respect for human life. After a few decades of the “me generations” we are indeed finding this kind of question of “right” quite perplexing, and we need to deal with it.
Posted by Bill Boushka at 9:01 PM