Readers Digest has another story on workplace online reputation defense 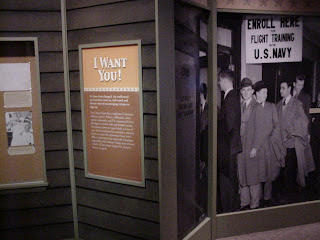 The April, 2008 issue of Reader’s Digest has, on p. 155, an article by Andy Simmons, “How to Click and Clean: If you’re on Myspace or Facebook, so is your potential boss. Time to make some changes?” I could not get the article to come up in a free link, so the visitor may have to subscribe or purchase a newsstand copy, or it may turn up soon.

One blogger has already made some detailed comments, here.

I see that I had written about a previous RD article Oct. 29, here.
The link to the older story by Kim Zetter “Is Your Boss Spying on Your” is available, here.

Having introduced the article and recapped some of RD’s earlier coverage of this problem, my first reaction is, ugh! Not another story on “reputation defense” and the workplace. But, of course, it’s serious. And the nature of Reader’s Digest, as a publication that pre-masticates complicated and nebulous issues for the “average Joe” reader is to produce pieces that may distort the problem.

Most of what the article covers is familiar now. It’s true, an increasing portion of employers check out applicants (and even current employees) on-line, a process that is likely not to be very “fair” or “objective” and prone to error (finding the wrong person who seems to resemble the candidate, especially with common names) and misinterpretation. And it’s true, some close the book on an applicant (maybe the wrong person!) when they find bragging about drug use or underage drinking, or simply publicly notorious behavior, or, worse, badmouthing former employers or, worst of all, disclosure of trade secrets and confidential material, which can be illegal.

The tone of the article is a bit belligerent. “What do you do about that picture now that you’re looking for a job? Take it down!” In other words, in the real world, you have no right to make yourself famous or conspicuous on your own terms until you prove that you can provide for a family and compete by “other people’s rules.” I do get a little angry when I see this kind of attitude. There is an opposing view, that personal blogs and profiles created at home with personal resources are personal property apart from work; the problem is that they are displayed where stakeholders or clients often see them, much more often than one would expect.

There is, of course, a practical problem, and it seems out of control and nebulous, but we can use some common sense. I wonder about my own blogs and websites and have discussed this before. I don’t have risqué pictures and overtly objectionable behavior (except as depicted in a few fictitious screenplay scripts – and that even caused a problem with substitute teaching). Suppose it was my job to go out and get leads and sell insurance products to clients. How would clients feel when they found my material online with search engines, as some would? Some would be off-put and not want to do business with me. Some would feel I was “sharp-edged” or “self-indulgent” or had an “attitude,” or was particularly hostile to those who live in their conventional emotional world (exaggerated by the soap operas) of family loyalties. That’s why I wouldn’t want a job where the point of the job was to “manipulate” others into buying things that they may not need anyway, and join their “social network”. One can see that the problem is even more subtle that RD writer Andy Simmons makes it look.

An employer, for example, might determine that, although I have the technical background for his (often sales-oriented) job, I have no interest in "advancing" in the employer's culture, and that the job would contradict some of my own values. Therefore, it's not a "good fit." So, I'm better off if I don't go to work there, right? Probably. But what if financial stresses become too severe, or there are external family or filial responsibilities that I cannot prevent?

This problem started getting noticed a lot around 2005 as social networking sites took off. But before, there had been occasional incidents with people being fired for disclosing trade secrets or manipulating stock prices or making other unfavorable comments about work online (the origin of the verb “dooce”), and even a few where nurses or teachers were fired for having appeared in pornography, on the Internet, or (in a case on Dr. Phil) print ten years before.

We all know that some jobs are very dependent on “public image.” Teachers are expected to maintain public credibility as role models and authority figures, and this causes tension with their First Amendment rights as public employees. Simmons is right about this: the First Amendment refers to government; it does not prevent a private employer from firing you “at will” or not even hiring or even interviewing you for what you say online. The practical reality is that "victims" (whether by self-parody or defamation of others) of "reputation" problems often don't get anything like "due process" for their side of the story to be heard. (An important point for yesterday's post, too.)

Even (or especially) in show business, there is preoccupation with image, as American Idol contestant David Hernandez was cast off for having been a stripper. (Story.)

All of this gets really mixed up when one considers attitudes about family and sexuality, like sexual orientation. It’s convenient, for polite public purposes, to present sexual orientation innocuously as “immutable” like race, even if that isn’t quite correct, because to get into in deeper aspects (as with the debates about gay marriage and gays in the military) brings up all the questions about personal identification and family loyalty and values that are so difficult for many people (read: clients; read: students and parents) to deal with, when they find it every day at the stroke of a search engine on a teacher’s or employee’s name.

Simmons, to his credit, brings up the point that even “personal” religious writings could be viewed negatively by employers, who might fear that clients will feel that the individual proselytizes or will try to win converts or save souls in the workplace. But I think that this observation should win the attention of the evangelical community, which, in a practical (not necessarily the same as legal) sense, has as much reason to be concerned with online “freedom of speech” as does someone like me.

Simmons does mention the new industry that he calls "identity management." He lists Reputation Defender, often discussed before, as well as "Defend My Name" (I got a red from McAfee SiteAdvisor on that defendmyname, so I won't give the active link; maybe it is a false positive and will be cleared up; check for yourself.) Perhaps "identity management" will eventually come under regulatory precepts as does credit reporting and scoring. But this problem does not lend itself to government regulation; it needs "best practices" from human resources department, including public announcement of "blogging policies," tailoring the policies according to the nature of individual positions, and (as most companies do now), identifying "lower level" service employees in public by first name only (so clients can't look them up).

One other wrinkle to think about: in a few years, the "kids" with the Myspace and facebook profiles will be moving into positions where they make the hiring decisions (maybe in companies with critical issues to solve like carbon emissions). They may feel differently about this than employing managers do today. Or maybe not.

I have another detailed discussion on this blog dated Jan. 28, 2008 (see links on archives on left side of blog page).
Posted by Bill Boushka at 7:38 AM