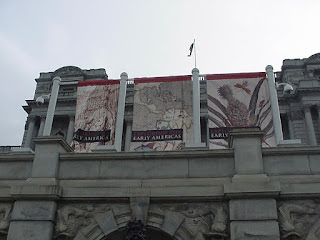 There are several “world out of balance”-type observations that I would like to make today, about the way we perceive social changes that have been going on.

First, let’s start an Observation Zero. That is to say, our western culture has gradually embraced “radical individualism” in the past two decades or so, along with its logical consequences. Despite all the hoopla about marriage, most of our legal system deals with justice for the individual. What we do then, is pounce on people who make certain unacceptable transgressions, and this tendency has been particularly noticeable with crimes committed on the Internet.

Okay, Observation One has to do with the fact that generally, we emphasize the fact that when a man and woman create a baby, they create responsibility for themselves. We’d like them to be legally married first, and stay that way.

But focus on that paradigm somewhat misrepresents what really happens. People have responsibility for each other, even as adults and for other adults, without procreating or even engaging in sexual intercourse. The recent demographic changes with seniors living longer, along with fewer children born in upper middle classes, is bringing about this reality with eldercare. Some states may soon be tempted to start enforcing their “filial responsibility laws” or “poor laws.” Furthermore, as the movies constantly show us, it’s not uncommon for adults to be expected to take care of siblings or siblings’ children. The media has been repeatedly reporting on the need for adoptive and foster parents. Now, taking over the care for someone else against one’s choice can be a very life-altering event, forcing a change in one’s own goals and personal priorities. Yet, we don’t seem to be discussing this as a “moral” problem.

Technological and demographic trends drive this problem. One is that medicine can people alive much longer, but not always keep them vigorous or able to work. The economy has difficulty dealing with the idea of much older people working longer. Trends that could relieve the problems would include lifestyle changes and medical advances that postpone aging and maintain vigor as well as actual length of life.

The paradox is that sometimes a person could be “better off” when he did marry and have children, and has learned to manage a human infrastructure and obtain its help in carrying out these involuntary responsibilities. Perhaps the paradigm relating sex to personal responsibility really is stated backward. In any case, someone without his own children can find himself expected to act as a "competitive role model" for the next generation anyway, and affects what he may reasonably do in public, regardless of his own values.

Politicians discuss the health care universal coverage all the time (Hillary: "health care is a right, not a privilege"), but so far have paid little attention to demographics and long term care. But all of this fits into an overriding concern of reverence for human life.

Observation Two: In the past fifteen years or so, we’ve given almost any person with no significant capital or competitive accountability the capability of becoming a global celebrity on the Internet. I know, “I should talk,” I’ve taken advantage of this. Of course, we are talking about the Internet and the amazing effectiveness of search engines. The most “interesting” problem now with this is “reputation defense” which the media has suddenly discovered as an issue in conjunction with social networking sites, even though the problem has been developing for at least ten years.

In the world of formal journalism and book publishing, facts and media perils are vetted before the material is released “into the wild” of all of our societies on this planet. However, the same practice does not apply to “amateur” publishing on the Internet.

Make no doubt about it, there are great things about the new free publishing means. One is the democratization of debate. It is very real to me that I don’t have to bow down to an organization or lobbyist to speak for me (or for others who may depend on me – observation above); I don’t have to yield to “special interests” or present myself and family as “victims”; I take considerable pride in this newfound capability.

One measure that seems essential is to provide education and training to teenagers before turning them loose on the Internet. The logical place to do this is, for better or worse, the public schools. Students should be taught about copyright and libel, as well as about the security and “reputation” issues with Internet use. This will actually mean revision of school curricula (on top of all the concern with the basics of NCLB), and currently many teachers and administrators don’t have a grip themselves on the content, which used to belong in law school.

Furthermore, there is a “cultural” problem with the idea that, since individual “amateurs” don’t have deep pockets, speakers are not held accountable for the effects of what they say on others. Actually, most ISPs have “indemnification” policies but they are rarely invoked, partly because the legal system has protected telecommunications companies and sometimes individual publishers from “downstream liability.” It’s a good thing that it does, because otherwise much of the expressive activity on the Internet as we know it could not take place any longer.

However, there could develop a cultural trend to expect speakers to be more accountable, in terms of showing profitability and results, and accountability to other people. It’s possible that over time market forces (in conjunction with the network neutrality debate), more than legislation and court opinions, could start enforcing this.

Observation Three: Environmental changes and external problems could force us to become more interdependent again. The biggest concerns from global warming, pandemics, and terror. Of course, there are debates about the legitimacy of these issues. One possibility is that individuals will be held more accountable for their own “carbon footprints” and that the kind of life an introverted person like me had in “self-date” mode will, while psychologically satisfying and “free” sometimes, no longer be feasible. Part of the controversy remains in just how well “clean productivity” will work. Will our economy be able to change to solar and wind power, or find efficient ways to produce a transportation infrastructure based on cleaner power? Yet I’m impressed by all the presentations on “going green” or “green living” as on Oprah, how labor-intensive they can be now, and how they can demand more social and familial cooperation than some people are likely to share. A similar observation would apply to the disruption that a pandemic could cause, from demands for “volunteer” caregiving by the already recovered, to changed from individualist-oriented norms of workplace behavior (“presenteeism”).

Conclusion: We have developed a society where many people perceive an individualistic “meritocracy,” and where there is a certain preoccupation with “just” outcomes. That concern gets played out in many areas, and contributes to many people’s feeling that they are “left out,” and leads to indignation that may contribute to crime and terror. Religious faith, as we know, usually takes a more collective view of “justice” (as in a previous post where I distinguished what is “right” from what is “just”), particularly with the Christian notion of grace. Moral systems (such as the Vatican teachings, recently extended) have a lot to do with getting people to participate in long term “collective” obligations toward one another, often outside of the way the legal system is set up to work. The idea of “second class citizen” (now often heard in conjunction with the gay marriage debate, which is somewhat tangential to my “Observation One”) comes up in our demand for individual justice.

But it does seem that one of our biggest ethical problems is that we do not share risks and social obligations equitably. I've tried to posit these problems in "pay your dues" or "brother's keeper" paradigms. I came of age at a time when this was a particular moral preoccupation, as expressed in the Vietnam era debate over the military draft and student deferments (a debate that had to rationalize why one young man was less "expendable" than another, and why men were more fungible than women; a debate that has come back today in conjunction with the Iraq “stop-loss” backdoor draft debate and even the military gay ban). Yet, our political candidates seem unwilling to cast the debates in these terms. I don’t wonder why.
Posted by Bill Boushka at 9:12 AM