An object-oriented paradigm for "online reputation" 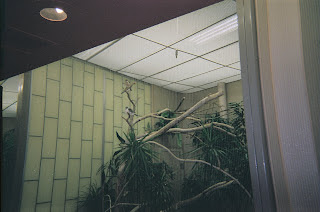 So, again, what about free speech and employment. Yup, we said that doesn’t quite exist in the private employer world – hum – but that sidesteps another question.

We’re used to think about published (Internet) content itself as being legal or not, appropriate or not. But think of the “object oriented world.” Think of an object as an instance of a class and its methods. That is, think of the “object” as an “event” where an item of speech is, not so much “published” as “delivered.” Then the event becomes an instance of personal “conduct.” All of this terminology, of course, reminds one of the notorious “don’t ask don’t tell” --- complicated by the fact that speech can convey a “propensity” to engage in some future conduct that is unacceptable for a particular environment (but maybe acceptable in others).

We’re used to the concept of within-workplace conduct, having to do with epithets, hostility (or hostile workplace), trade secrets, confidentiality, and even sexual harassment. Companies can directly regulated conduct on computer hardware and infrastructure that they “own.” Conduct carried out in public spaces (accessible to search engines) is an “extension” (again, object-oriented parlance) of this “class” of regulated behavior.

Does that mean that any statement made on a social networking profile or personal blog should be viewed as having been made “at work” because others can find it? Not always, and indeed looking at it this way would break the classic separation between work and personal life, which grew after the Civil Rights movement of the 60s and now is challenged in a paradoxical way by the Internet.

Some of this sounds like common sense: it should depend on what job you have. If your job is to speak for your company in public, if you make decisions about individual clients or grade students, if your clients will actually know you by name and know who you are by identity, then there is much more concern. Not all jobs require that. That’s why this should be a major issue for the human resources world to work out.

But in some jobs, it is essential that a professional associate retain the public confidence of his or her clients (or, sometimes, students). A comment or portrayal about some controversial matter by that person may undermine confidence in the person even when the content itself is legitimate or would be all right coming from a regular media source through regular channels. To some extent, that’s why we do have political advocacy organizations, lobbyist, special interests, and a tendency to expect politicians to respond to mass sentiment (in terms of recognizable “classes” (again!) of constituents), as unsatisfying as this is intellectually sometimes and as short as it can fall in terms of justice as individualism would expect. We do have an adversarial system, whether we like it or not, and many people depend on it. Can trial lawyers (or prosecutors – I have a couple of friends who are prosecutors and have to deal with this) give their own personal opinions about things in public?

But it’s time to stop feeding the nebulous idea of “reputation defense” and start development best practices to deal with this 21st Century issue. Otherwise the Internet will sink back into the world of social conformity.

Picture: The Noisy jays at the National Zoo.
Posted by Bill Boushka at 8:26 AM