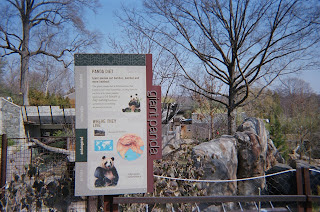 The website “Juicy Campus” is stirring a controversy. Apparently the site has been the repository of a lot of “gossip girl” kind of stuff. Chris Francescani and Ashley Phillips of the ABC News Law and Justice Unit have a story “Gossip Gone Wild: How Far Is Too Far When It Comes to Anonymous Dirt Dishing?” link here.

Normally, the site would be protected by Section 230 of the 1996 “Communications Decency Act.” This portion was not affected by the 1997 ruling striking it down, and holds that webhosts are normally not liable for what posters say. However, the state of New Jersey is trying to get around this with civil action based on the state’s consumer fraud laws (link); because the site claimed it would police unacceptable or libelous content. Generally, it’s unwise to promise monitoring and then not do it. EFF’s link on Section 230 is here. The actual US Code link (at Cornell) is here.

Also, the front page of the March 20 Washington Times has a story by Harrison Keely, “Facebook photos gone wild: Web sites lift images of ‘hottest girls’” The link is here.
Facebook profiles are normally “whitelisted” with automatic exclusion to some defining community. Normally, it would seem to violate copyright laws and torts of right of publicity to post another’s photo on a public website. There might be exceptions with “legitimate news reporting” but that concept has become controversial in the age of blogger journalism. Legally, this sounds like an interesting case.

All of this certainly bears on the question of "online reputation" and how easily it is affected by the actions of others.

Debra J. Saunders has an op-ed in The Washington Times today, "A Web that Deceives," p A11, link here. She maintains that "JuicyCampus" (often spelled as one word) is engaging in "doubletalk" in maintaining a First Amendment right to post "disinformation" and then claim that it is a joke or parody. She is also critical of the freehand that kids have been given in posting personal information on social networking sites.

ABC 20/20 ran a brief report on the controversy over JuicyCampus and briefly interviewed Michael Fertik from Reputation Defender. The story is called "
College Gossip Crackdown: Chelsea Gorman Speaks Out: Juicy Campus' Cruel Online Postings Prompt Government Investigation," story by Eamon McNiff and Ann Varney, link here. The story referred to the investigation in New Jersey for "consumer fraud" and in some other states. Fertik mentioned the issue created by Section 230 of the 1996 Telecommuncations Act.
Posted by Bill Boushka at 10:27 AM