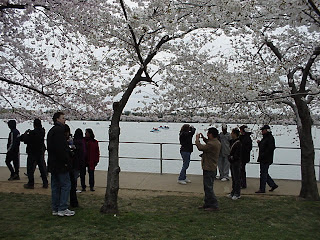 In the past few days, there has been a pit of an edgy political surprise, when former Democratic presidential candidate and Senator from Alaska Maurice Robert Mike Gravel announced his candidacy for president as a Libertarian. He will try to get the party’s nomination in May.

Now there is a lot of ground here. It seems like a big jump. Libertarianism has always meant strange bedfellows, the simultaneous advocacy of ending all “vice” or “victimless crime” laws while at the same time promoting private religious choice, such as home schooling. (It’s more than just that.) Gravel, in his interview with CNN on YouTube, admits he was like the grandpa saying blunt things out loud that other people would only whisper, things that the Democrats didn’t want to hear. He claims that the Democrats are as in bed with Wall Street and big oil as the Republicans, and won’t bring peace to the Middle East. He wants the US out, period.

Gravel is, with others, promoting a “National Initiative for Democracy” which would add essentially a “third house” to Congress: the People, through initiative and referendum, although any laws passed by this process would still be subject by judicial review for constitutionality. The presence on the Web is multifaceted. One point of the video is that in practice people vote their control over their lives away today when they vote for elected officials or representatives. Democracy would become partially representative and partially direct. Of course, we know that there can be "majority tyranny" and that it is dangerous to put some issues to referendums.

One site has a 5 minute YouTube video explaining briefly the Democracy Amendment and the Democracy Act. The People are supposed to vote on the National Initiative with a national election conducted by “Philadelphia II”.

There is a lot to explain here, and some of it sounds a bit related to my own “Bill of Rights 2” idea in the late 1990s. I expect to go over it in more detail later. Some of it would invoke questions about the constitutional amending process, as some books by John Vile explored in the 1990s.

The other major website for the National Initiative is Ni4d.

I recall fondly the days with the Libertarian Party: the 1996 convention in Washington (with the break to go see “Independence Day”), the state conventions in Manassas and Richmond with appearance by Harry Browne (I remember “repeal the income tax and replace it with nothing”), and then the Libertarian Party of Minnesota, for six years when I lived in Minneapolis 1997-2003, which helped put me on television with my first book. I even remember the spring conventions at Mystic Lake, with no card counting allowed.

Jesse Ventura (former Reform Party governor of Minnesota) will be on Larry King Live tonight April 1. Will he run for president, too? Link.

For the show, he gave a lively interview. He suggested that the Democrats and Republicans run a "kingdom" with the Bush's and Clinton's as royal families. He proposed that every presidential election ballot say "none of the above." He also indicated that the could not run for president without ballot access. This reminds me of the emphasis that the Libertarian Party (not the same as Reform) on ballot access petitioning ("laugh a little, cry a little") in 1998, when I lived there and participated. Women and teenagers seemed to be particularly good at this (it took some tailgating), at county fairs, small town parades, and block parties, as on Hennepin Ave., and at minor league baseball games (in St. Paul, which had an outdoor stadium, overshadowed by the Metrodome). Petitioning would go on at Gay Pride in Loring Park.

I do remember than Ventura ran on a state income tax-rebate platform, which he honored. A couple of Jesse's books are "Don't Start the Revolution Without Me!" (2008) and "I Ain't Got Time to Bleed: Reworking the Body Politic from the Bottom up" (2000).

Ventura has spent a lot of time roughing it in Baja, where he wrote the latest book.

Today, CNN discussed former Congressman Bob Barr's switch to the Libertarian Party in 2006. Here is the interview Barr gave Reason 's David Weigel then, link. Barr may also seek the presidential nomination this year (like Gravel). Note that we have both Democrats and Republicans converting to Libertarian!

Today, I had a phone conversation with a libertarian publisher in California. His concept of libertarianism the simplest possible: "Your freedom implies my freedom." I think Gravel, Ventura and Barr will all echo that. His comment on both the Republicans and Democrats is that they try to figure out intellectual schemes to tell people "how to live." True. What seems to drive this is "need," at least as it is perceived to be related to "karma".

Bob Barr was nominated candidate for president of the United States in the Libertarian Party convention in Denver. Here is a typical blog report on his nomination. Mary Ruwart, author of "Healing our World" (both editions, the first in the late 1990s) and entrepreneur from North Carolina, was a strong challenger for the nomination. Rick Sincere's account of the nomination is here.

Jesse Ventura made a brief appearance on CNN. The interviewers mentioned that at one time he had called for "term limits for reporters." Does that include blogger journalists?
Posted by Bill Boushka at 4:24 PM