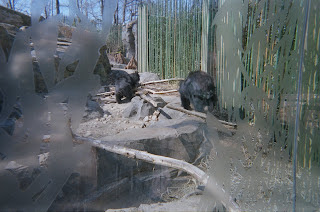 On January 11, 2008 on this blog, I discussed the Vermont divorce case Garrido v. Krasnansky, particularly with respect to the issue of a blog, apparently about the failing marriage, that purported to be “fiction.” As I said, there is relatively little law in the area of fiction too closely resembling real life, outside of California and perhaps New York. But the issue is of great concern to the publishing industry, and it actually got me into trouble when I was working as a substitute teacher (using myself as the “mark”) as I wrote on this blog on July 27, 2007. (Look at the blog archive links.)

Here, the attorneys are concerned about the apparently awesome powers of family law judges to quash speech, at least during a divorce or custody proceeding, or when the children of a family may be harmed by unwanted publicity. They discuss how the Vermont judge’s restraining order could run into several problems holding up under the scrutiny levels normally offered by the First Amendment in constitutional law. However, family court judges may believe that they have an enormous responsibility to protect children or others in a family.

I can imagine how this kind of problem could go even further. In some subcultures in our society (especially religious ones), a person’s discussing his homosexuality online could be seen as an “insult” to his parents’ marriage, to his respect for his own “blood” and injurious to other family members. In a gay-related divorce case (where a gay person in a heterosexual marriage wants a divorce and there are children involved) could a judge (or mediator) reasonably tell a person “don’t tell” online? I wonder.

Note: I have a Wordpress blog entry on the "implicit content" problem and "fiction" here.
Posted by Bill Boushka at 9:48 AM