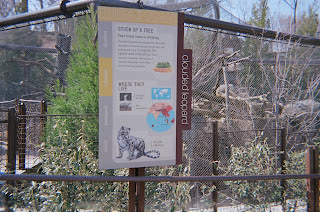 I recall a number of years when I lived in Dallas getting up around 5 AM on Easter Sunday morning to head for Easter Sunrise service in Lee Park, for MCC. Later that afternoon, the Dallas Symphony would always have a free outdoor concert in that same Lee Park on Turtle Creek.

I recall those childhood religious texts, and stories, like “honoring Jesus at Easter.” It did not occur to me for a while to question why the date changed every year, according to the first full moon after the vernal Equinox. Then, it did not make sense that a celebration so rooted in pure faith should depend on a lunar cycle. The Resurrection should have occurred on a known date, right?

March has always sounded too early for Easter, although the azaleas along Turtle Creek were in full bloom then. April seems like the appropriate time. How about the first Sunday in April, every year? The Fat Tuesday would always fall in mid February. I like putting daylight savings time back to the first Sunday in April, too. If you're going to get up early, then just get up early. Or have the service at 7 AM (about the right time for sunrise).

I remember a great sermon by David Day at MCC Dallas (when it was on Reagan Street) in the early 80s, “It’s Friday, but Sunday is Coming.” I remember his “E.T. Phone Home” and his sermon about the Knowledge of Good and Evil.

And I remember attending a Rosicrucian Feast in a hotel in New York City on the vernal equinox, a drizzly Sunday in 1977, I believe.

I noted Will O’Bryan’s commentary on p 20 of the Metro Weekly this week, the March 20 issue, link here. He discusses the hypocrisy inherent in the Eliot Spitzer bust, and questions how religious moral standards, which are supposed to have something to do with level playing fields in deeper levels of social activity, perhaps, have led to such illogical contradictions. He comes back to the simple, secular libertarian position. He writes: “What I do know is that that there is no sound argument for denying a person the right to his or her body as he or she sees fit.” Later he concludes, “We live in an exploitative world, where the strong prey upon the weak … Telling people that they are not allowed to use one of their assets at their disposal to get ahead seems unfair. To borrow a line from the pro-choice fight, “’Get your laws off my body.’” Great conclusion. I would have use the adjective “competitive” rather than “exploitative.” Is there some moral contradiction in accepting the fact that in a free society, some people take advantage of the “weaknesses” of others? Look at the subprime crisis.

This Easter Sunday, the music that plays through my mind is the blazing, somewhat self-indulgent E Major conclusion of Franz Liszt’s oratorio “Christus” – following the crunching “March of the Wise Men.”
Posted by Bill Boushka at 5:11 AM