BlogTalkRadio as a Citizens Broadcast Network 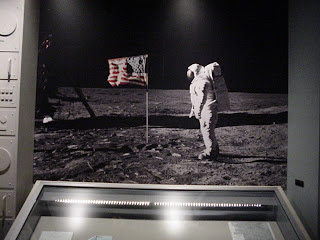 I remember those great talk radio shows in the 90s as I drove around the DC area, during the time I was working on “The Book.” Rush Limbaugh, to be sure. Or Joe Palka, the liberal who was suspicious of libertarianism when I called in in October 1996. Or Dr. Laura Schlessinger (remember her), who in those days used to introduce herself with “I am my kids’ mom.” Or Victoria Jones, “the British Lady” who would field questions on O.J. and was quick to bounce abusive callers. Remember Oliver North, who could sound self-righteous (he doesn't "ask"). Or the younger Scott Peck ("All American Boy"), accidentally involved in the 1993 debate that would lead to "don't ask don't tell" when his Marine Corps father mentioned him in Senate hearings (yes, he had a show for ten months). I remember the great financial talk shows in the 80s when living in Dallas.

Now there is a way for anyone to become a talk show host. The news story is by Howard Kurtz, in the March 24, 2008 Washington Post, p. C1 Style, “Media Notes: With BlogTalkRadio, the commentary universe expands,” link here. The site is, of course, BlogTalkRadio and I just visited it and set up an account. It calls itself a "Citizens Broadcast Network." You can try it and find some live broadcasts going on. There is a banner “come vote for BlogTalkRadio as your favorite Web 2.0 audio site!” The site invites small businesses to use it for advertising: “Broadcast your brand” – the last word of which invites seriousness about sales, as well as conveying social or political opinions.

BlogTalkRadio's own blog acknowledges the post story here. There is another entry about an appearance by Wikipedia founder Jimmy Wales, here.

According to the newspaper story, the site is free. The wanna-be talk show host creates a link on his site or blog. After registering as a user, he or she logs on to the site, indicates the show time, and then uses and ordinary landline phone and calls a particular number. The site will display the guests (also logged onto the site, in broadband or wireless) who have called in.

I’ll put looking further into this on my own to-do list. “Self-publishing” is taken to new levels with “self-broadcast.”
Posted by Bill Boushka at 6:31 AM