Blog postings, discovered by direct lookup, can seem deceiving: watch for "preaching to the choir" 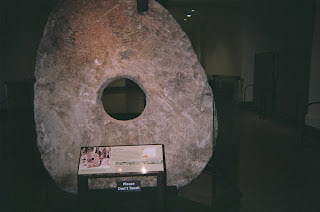 Tuesday of this week I read a commentary by conservative columnist Cal Thomas in The Washington Times about the California Student Civil Rights Act. I wrote an entry about it and where it leads, here.

My point today is one of “annotation,” a concept that I remember from a college English class at George Washington University (back in 1963) where we had to write an “annotated bibliography” for a term paper to be turned in later in the course. It’s a good idea to look at blog entries and, for that matter, social networking site profiles from that perspective.

In this entry, I noted and linked to the commentary, and then to two “conservative” (I use the term loosely) websites that would seem to promote ex-gay conversions from a “Christian” perspective.

When I view the two “organizational” sites, I find a lot of emotional language about protecting children from secular or gay agendas, and the like. The intention of each site, by itself, is to “win converts,” partly by not allowing any distracting views.

But, of course, the problem with this kind of psychological “hucksterism” is that another party (me) can refer to these, and place them in a perspective that makes them look “bigoted.” Of course, there may be a little bit of “preaching to the choir” here. It presumes the reader will think about the writer’s “purpose” in each case, for each site visited.

Not all visitors do, because that’s a reading skill people have to be taught, as part of their education. That’s one reason public schools require four years of high school English, to learn to read things in context, not to be fooled.

That’s also another reason why “online reputation defense” has become an issue. People can find things by direct search engine lookup, but have no real context to judge the content that they find.
Posted by Bill Boushka at 8:49 PM