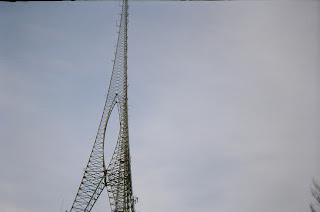 About fourteen months after my “big” layoff (at the end of 2001) I was at a job fair (still in Minneapolis) and ran across a financial institution that said it was “expanding” with a franchise-type of operation that would make a lot of money by getting people to roll their portfolios. Actually, as I searched my own memory, I had gotten a bizarre phone call from a headhunter on Sept. 13, 2001, two days after 9/11, while I was still working in my IT job (and still had three months to go) about this opportunity, and I wondered what about me had attracted the call.

I went to the “interview” near the MSP airport (in early 2003), and the manager presented a private pep talk, with slides and pictures, of a business that would convince people to convert whole life policies to term life, saving them money. This was said to be a $40 trillion market. It was a dog-and-poney sales presentation. I did not say a lot, and I don’t recall exactly what I asked (nothing too controversial or sharp-edged in my mind). But he did say, “We give you the words,” and mentioned that Nicole Kidman said that about screenwriters at an Academy awards show. But then, twenty minutes into the event he suddenly said he didn’t think I was a good fit. Okay. But then he kept defending his business for ten more minutes after telling me that. It was if he suddenly suspected that I was an undercover journalist sent there to expose him.

Perhaps he had looked me up with search engines. (Why else would he have brought up the subject of the Oscars out of context?) Social networking sites hardly existed yet, and blogs as they are set up today were just coming into vogue (Dooce.com was already known, and a Minnesota filmmaker was starting a project called “Blogumentary”, and the dot-com boom had busted.) But then I ran hppub.com (something that I showed off in the tube city at the Saloon on Saturday nights before people hit the dance floor), which already had loads of controversial material in flat and linked html files based on my books, and even then I got about 1000 hits a day on it. (I had doaskdotell.com to propose the movie, but I would not merge hppub.com into it until 2005.)

It was all for the best perhaps. But I did have an IT career in life insurance, was still collecting supplementary unemployment (I had a part-time job getting contributions for the Minnesota Orchestra and one short freelance writing (multiple-choice test writing) contract with a testing company), and I could have been pressured into something like “sales.” After all, if the industry had paid my rent for a dozen years with stability, why wouldn’t I want to “sell” it?

In the spring of 2005, in fact, I would get calls from two life insurance companies (out of the blue) about becoming an insurance agent. I went to one of the presentations, and took the screening test. (Would you buy insurance from an agent? I answered yes, because I wanted to continue the interview. I did let myself get talked into buying a AAA policy in 1979, but I wouldn’t today.) They actually wanted someone who knew the industry, and I do. They wanted the technical knowledge. But the trouble is, selling insurance this way involves a lot of social schmoozing, and generating contacts for leads. I don’t conduct a social life that is conducive to doing that. (It helps to be married or at least have been married with having raised kids, even though companies deny they would “discriminate.”) Furthermore, you had to give up all other income while in training and collecting a “training bonus.” That would end these blogs, probably.

In early 2006, I got a bizarre unsolicited call on a Friday evening from a company looking for someone to supervise disadvantaged teens who would scour shopping malls or go door-to-door selling surplus restaurant meals and similar services, with money to be raised for designated charities. I wondered why I was even called, but I went to see what it was. The company seemed legitimate enough, and people were starting work the next day. I said no, though, because I don’t chase people down in public places and disturb them, even for good causes.

I’ve already talked about the substitute teaching episodes. There were these situations with certain kinds of students who need more emotional connection than I will give people.

And, I read all the time, that technical sales is a big thing now. But, there is the same thing. There is a lot of schmoozing, pampering and personal manipulation that a lot of techies, who are often introverted, dislike and find gratuitous and unwelcome.

So much for all of this negativity. Most of it – all of it – is the dislike of the idea of being a middleman who manipulates people and produces no real content.

So what are some of the “real jobs” that I would like to do in ex-retirement?

How about solving some problems. I can think of a few of them.

One of the obvious ones is setting up “due diligence” address and identity verification systems, to become mandatory for large lenders to use, that would shut down most identity theft. That’s covered in my blog on “consumer identity protection” (check the profiles). The USPS NCOA system would be a starting point. I have worked with that.

Another is to develop a content labeling system and paradigm that actually works and addresses the concerns addressed by COPA (the Child Online Protection Act of 1998) without hindering the ability of adults to speak freely on the Internet. Many organizations have this well underway, but there is real leadership needed to tie together the loose ends. I was one of the plaintiffs challenging COPA under EFF.

Another would be to address the issues of what kind of telecommunications competition model really does facilitate both profit growth and robust continued input from user-generated content. This is the network neutrality “problem,” augmented by concerns about security and ethics in how Internet advertising really works. It is still a nebulous area.

Another is a sensible replacement for DRM (digital rights management) which has made legally naïve but technically clever consumers and media companies enemies like lions and hyenas. Yes, artists (and media companies) must get paid. But there are better ways.

Closer to what I have done, would be to develop best practices to replace the “Internet background investigations” that employers have suddenly taken to do on job applicants and sometimes current employees. Rather than simply get consumers to sign up to have their online reputations watched, real coordination is needed between employers, associates, and companies offering to manage reputations. Yes, this could be a big early 21st Century issue, one that nobody saw coming until about three years ago.

As I noted on the previous posting, I think that I could help a major media news network “connect the dots” or organize the interconnections among stories in order to further assist viewers and probably increase ratings and therefore sponsor advertising revenue.

On the insurance idea, yes, I would love to analyze the way to make long term care insurance or state partnerships work. I just don't want to hunt down leads as "prey."

And, oh yes, I would love to be holed up in a condo in LA, Toronto, Vancouver, or wherever movies are made, to work 100 hours a week on making the “movie” on DADT, combining Colonial Williamsburg with the 1961 Expulsion with the present day “dadt”. I am struck by the power of great movies to convey moral concepts that are hard to put into words. “Atonement” and “There Will Be Blood” proved that this year.

So much for “American Pie in the sky” or “shoot for the Moon.” What about dusting off my mainframe skills? Although I renewed my Brainbench certifications in key programming areas last year, I haven’t worked in this area since the “retirement” at the end of 2001. I’ll probably say more about this on the IT blog soon. 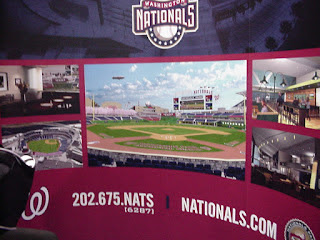 In the critical content areas that I discussed, I do accept, with enthusiasm, the need for management skills, “people skills,” and salesmanship. I am prepared to deal with these. You always have to be able to sell your own work. Yes, I will sell my own work, and work done in reasonable collaboration with others. And I recognize that, if I created the right opportunity (maybe with an office right next to the Nationals’ new baseball stadium, who knows??) I’d have to behave online in a manner consistent with the job (as I have outlined in previous postings). I just don’t want to be a peddler or huckster. No one needs to “give me the words.”
Posted by Bill Boushka at 6:44 PM