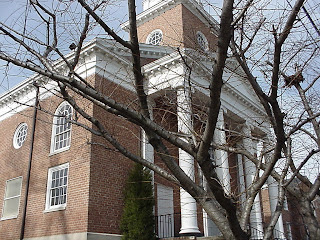 On the eve of the Super Tuesday primaries in both major parties, let’s think back about how representative democracy works, in the minds of most voters.

Most people vote for legislators and executives (that is, the Executive Branch of government) and, in some areas, even judges who they believe will represent their interests and views. That notion underlines partisanship. It also tends to lead to pork-barrel projects and a lot of inertia in the influence of special interests.

The same trend exists with NGO’s, political advocacy organizations, PAC’s, and the like. Most of them prepare form-letters to email to legislators, or arrange demonstrations. Most of these groups do a “we give you the words” number and tell voters or constituents what to say to “professional politicians.” Spinmasters used to be professionals.

Yet, the academic idea of an educated voter is someone who is familiar with all the issues. Public secondary and subsequently higher education, especially in liberal arts, is supposed to give the young adult a balanced view of society’s problems and how they may be attacked, often based on historical examples.

Issues are connected (like “dots”) in more ways than many people see. There are so many examples. For example, if we were to bring back the draft or even compulsory national service, what would happen with “don’t ask don’t tell”? Politicians talk about reforming health care all the time but so far have very little to say about eldercare. It’s easy for pressure groups to make a case for paid family leave (and we should certainly understand how well it works in many other Western countries), but then you have to ask what is going to be expected of the childless. Concerns about global warming and pandemics raise fundamental questions about individualism and social interdependence. Very few people understand anti-gay sentiments beyond the obvious homage to religion, when there are serious questions about family responsibility is generated and shared. We have a body of law around the First Amendment and free speech, but few people understand the practical challenges posed by the Internet and search engines (the “reputation defender” issue). Overall, when one puts all the issues together in a cake mix, one gets the impression that the way burdens get shared by individuals is an important issue, an idea that was understood a half century ago but that has been gradually forgotten.

Major media companies must, of course, present all the issues; but there is a tendency for the issues to seem fragmented when encountered by viewers, or even by visitors to major media websites. That’s partly because the news is a moving target, and the individual subtargets keep changing. Some of the news programs, like Anderson Cooper’s 360 on CNN, tend to make more effort to correlate issues than do others. In his own documentary film about global warming, “Planet in Peril,” Anderson used the term “interconnected”.

This takes us to the issue of “knowledge management,” as Jimmy Wales calls it. Certainly encyclopedia sites like Wikipedia (and Citizen’s Compendium) accomplish much of that. However, they necessarily must stick to provable facts, carefully supported by references. Wikipedia has attracted attention in the past year by being much stricter with facts and notability. At the same time, there needs to be a way to categorize and correlated views and opinions, and cultural filters.

I’ve tried to do that with these blogs (as well as the doaskdotell.com site). The underlying theme is individualism and the many trends in many areas that challenge individualism. If a visitor looks at a number of postings on a number of the blogs, he or she will get the feel of what this means. In retrospect, a more effective way to accomplish this could be to use Wordpress and use the feature to divide the postings into Categories. Another way could he to have all of them in an SQL Server database, properly set up an normalized.

I do have a new blog on another site, in Wordpress format. The link is here. The intention is to document bills (mainly in Congress) and court opinions that can have a major impact on expressive freedoms. Right now I’ve started with Internet censorship (bills related to COPA, which was overturned), and network neutrality. I may include trademark soon. Later, depending on future political initiatives, I might cover topics like repealing “don’t ask don’t tell,” health care, filial responsibility and family leave, or other new interpretations of old intellectual property law issues in view of the Internet.

Does this approach invoke the problem of "the knowledge of good and evil?" It's true, that people used to depend on social networks (that is family, church, business, corporate distribution) for their information, and with the Internet, that is all changing. The opportunities to take over ownership of how one disseminates and get information can have ramifications in how people avoid and build personal relationships. That doesn't necessarily please everyone.
Posted by Bill Boushka at 4:40 PM