"Reputation defense" and maintenance for teachers -- a redux 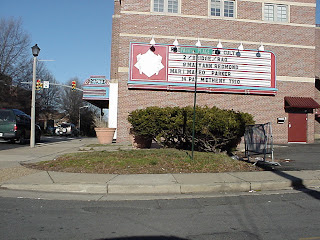 When I was getting out of the Army in 1970, I remember that the Command Sergeant Major said, “well, specialist, after all, you are civilian-oriented.” (That was in a world where among the “EM” the word “life” had been a pejorative.) Yes, I was to be a free spirit. I could do what I wanted with my life. In recent years, things have started to come full circle.

I’ve given the details before, but I just want to ponder the concept of “reputation” here, for teachers.

As I’ve indicated, there were two “big problems” in my two years of intermittent subbing. The first of these was some feedback that I didn’t seem to want to take charge of classes as an authority figure, ready and “willing” to wield discipline. That was particularly a problem in middle schools.

Let me add, at first, that for many kinds of classes – especially AP and Honors – a laid back approach really works and leads to productive class time. Once a class comprises students who get the concept of “enlightened self interest” as Ayn Rand would have defined it, you hand out the lesson plans, help with the appropriate classwork-related Internet searches and let them fly. (Sometimes, there is a test, especially in calculus.)

But the demand in the teaching area is mostly with younger, underprivileged, or special education students. Sub instructions in one school district said to greet the students as they came into the class (often not practical) and to maintain close eye contact or supervision. Those were general for all grades, but they presume the LCD.

Now I wonder if such aggressive intervention is really appropriate or in the school’s best interest, especially from a short-term sub there only for a couple of days. I think it isn’t. But what really disturbed me about several incidents was that, it seemed, the school wanted me to posture, to pretend to be something I wasn’t. Now, acting is fine when you’re in a play or in the movies. But not when people really are supposed to believe it – which raises a certain irony in the subject of “reputation.”

What was I supposed to portray? The image of a substitute parent (the notorious “in loco parentis” concept)? The optimistic social poise that goes with raising kids so energetically depicted in Rafe Esquith's recent book? ("Teach Until Your Hair's On Fire")? I, even given my thirty years of adult "urban exile," was supposed to convey the image of the proper heterosexual male role of, in my case, grandfather who can “protect” his lineage like Victor in “Days of our Lives.” I was supposed to leave the impression of someone who could fulfill both the competitive and emotive requirements of marriage with children and even attachment parenting, or, if not, at least subordination to someone else who had with personal fulfillment in living within absolute loyalty to the family commitment of someone above me. (That used to be the expectation of unmarried female teachers. – look at the 1872 teachers rules. It’s really OK for a much younger teacher to live up to this, even a male: President James Garfield started out as a schoolmaster and actually lived in parents’ homes – and that does require “reputation”. But at over 60, I could not manipulate the environment to leave that impression.

Then there was the flap about my web activity, already covered before. I did raise the possibility that the federal “don’t ask don’t tell” law for the military could raise legal questions if an openly gay man were expected to give custodial care. I know this was upsetting to a couple of school principals that I even made such a suggestion. As far as I am concerned, that’s another reason to repeal the law. But the main concern was over a screenplay script for a fictitious short film which, because of the apparent resemblance of a character to me, could be viewed as incriminating. This, in the context of the web and search engines, raises legal questions that have never been faced before. My intention with this "dreamcatching" was to present a thought experiment as a "reactive political protest." Although I got the job back and taught again for a semester, I finally decided to stop. The recent and subsequent heavy media coverage of seemingly related problems, although for incidents that were actually very different, certainly could make my "reputation" appear worse, even in "ex post facto."

To become a permanent teacher, even at age 64, I would need to apply for a graduate education program and pay tuition for 15-24 hours of classes. Though requirements vary and there is financial assistance of various kinds, one needs “recommends” from schools or references about working with “kids,” both to get in to a graduate program and then later to get a job. The real question, is “reputation” and it is a slippery slope. In the world of public school teaching, it does have a lot to meeting popular expectations of being a (for me male) role model and authority figure, and be able to use social manipulation to transmit messages determined by others. One has to “live the life” as well as “do the job.” In that sense, teaching is a bit like the military. It requires an “enlistment.” It did not always enjoy a good “reputation” itself as a career until more recently with the emphasis on NCLB. Low pay and government burearucracy were real downers from the point of view of go-getters; it took a world that has to accept the need for “service” to wake up to a change in heart. Any career like that (teaching, the military, law enforcement, even medicine) has narrower ideas of acceptable ‘reputation” than the open society at large. A teacher has to be more concerned with personal service to the next generation than with his or her own content issues.

One observations is particularly troubling. For several decades, we have accepted the idea that single adults could live the way they wanted, although they often did so in urban settings away from the “real lives” of “families.” That has changed recently, but so have expectations of socialization and interdependence as the big problems of the world have become more pressing since 9/11. It’s not good to come across as an “unsuitable parent” even if one did not have or want to have kids.

I still recall that shortly after my William and Mary Expulsion in 1961 (Nov. 28, 2006 on this blog -- see archive links), my father warned, "From now on, you have to worry about what everyone thinks." Forty-five years later, it seems that I might well have become a mathematics teacher, and a good one, in "retirement" had the 1993 "don't ask don't tell" law, intended only for the military but with serious secondary implications for other similar areas, not been passed. Reputation in the more communal social context of ingrained family values is often beyond the analysis of defamation law as we normally apply it. 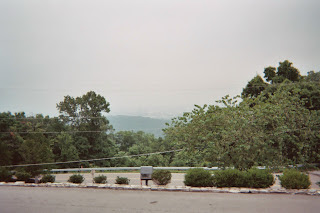 I've made a correlated posting about substitute teachers and Internet reputation on my issues blog, here.
Posted by Bill Boushka at 4:42 PM