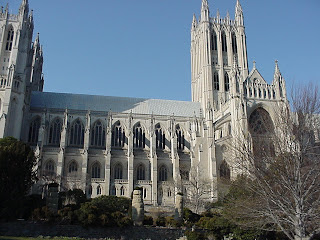 I recall a critical point in James Cameron’s 1997 epic film, “Titanic,” where the call for access to the lifeboats was “Women and Children First.” Later, Len Dawson’s character (Leonardo Di Caprio) became very chivalrous in protecting socialite Rose (Kate Winslet), even as they hung on in the freezing north Atlantic. Eventually Len perishes whereas Rose goes on.

In an op-ed on p B03 of the Sunday Feb. 10, 2008 Washington Times, titled “Women and children first,” Oliver North discussed first how the concept (or phrase) came from a sea incident in 1852 with a British frigate called the Birkenhead near Danger Point in South Africa. The story he spins sounds like it could have become the topic of an unwritten Benjamin Britten opera, where the British, in their naval empire building, have to encounter every moral, social and political issue known to man abroad, and then develop literature about the issues for high school students to study centuries later. The North link is here.

North goes on to discuss the horrific practice in Iraq of using disabled people (especially women) for suicide attacks. The Nazis did the same thing, as did the gulags of Joseph Stalin or Pol Pot. It’s not necessary to belabor callous disregard for human life in totalitarian or extremist cultures.

North had a lively radio talk show in the 1990s. He ran a security company then, and he once mentioned that his own employment policy was something akin to a modest “don’t ask don’t tell.” One can gauge his positions on social issues from a particular quote from around Aug. 1995. “Life is mostly about meeting obligations to others, with occasional moderate self-indulgence.” It turns out that this is a quote from Andrew Peyton Thomas, “Can We Ever Go Back?,” The Wall Street Journal, Aug. 9, 1995. That broadcast occurred when I was gearing up to write my first book.

When I was growing up, I was made very aware of the expectations of men, that their first priority was to protect the women and children around them. I had fallen physically behind (I don’t know why, but an attack of measles at age 6 could have something to do with it) and such an expectation seemed burdensome. This cultural rule carried over to the whole issue of the Vietnam era draft. At one time married men and fathers were to be exempt, but that was dropped around 1965 when Johnson and McNamara (liberal Democrats, to be sure) escalated in Vietnam. But student deferments remained until 1969, and became one of the most contested moral issues of the day, comparable in importance to “don’t ask don’t tell” today.

The draft seemed to penalize the young men who were the most fit. That always struck me, in my coming of age, as “morally questionable.” The same could be said today of the “backdoor draft” in Iraq, created by repeated and extended tours of the “volunteers” who joined the military, and now the media coverage of wounded provides horrific images. In the spirit of the previous posting, it certain provides a test of the meaning of marriage. We can go on about that. But really, the same is true in other areas of society. The most physically fit are likely to enter fields like law enforcement or become firefighters. We depend on the fit to do our most dangerous jobs. Journalist Sebastian Junger wrote about this in his book Fire! (2001), published around the time of 9/11. Finally, our debate over “family values” leads to the idea that the ability of men to “compete” to take care of others is a morally relevant requirement for credible participation in the public space.

In his State of the Union Address, President Bill Clinton said “The days of big government are over. But we’re not going back to the days of fending for yourself.” I remember later in 1996 a speech by Melinda Paras of the National Gay and Lesbian Task Force, given at Fairfax County’s Government Center, where she derided conservative lack of “fairness” and “compassion” as if they were interchangeable. She got into some discussion of the Americans for Disabilities Act of 1990.

On one job in the 1990s, there was a young man with an eyesight disability, almost to the point of legal blindness. He was properly accommodated with a much larger than usual computer monitor. He was the most productive person in the information technology department. Everyone depended on him to solve arcane problems in server scripts that no one else understood. He developed a Wikipedia-like website at work on how to research all of these problems. He ran his own business as a small ISP (which I used from 1997-2001). He had a family. This is how ADA is supposed to work. It doesn’t always work out that well.

Left wing people have sometimes told me that I should regard myself as “disabled.” The physical problems, along with academic success, did not keep me out of the Army, but they kept me in a “safe place” (no Vietnam) when I had my “draft hitch” 1968-1970. In a way, it isn’t fair. Donald Trump says, “life’s not fair.” The moral challenge is to overcome one’s own personal crosses.

ABC "World News Tonight" had a story about a Walgreens distribution center in Anderson, SC, "Employees at This Walgreens Distribution Center Are More Able Than Disabled; Executive With Autistic Son Made It His Mission to Set Up Employment Opportunity," link here.
Posted by Bill Boushka at 6:53 AM