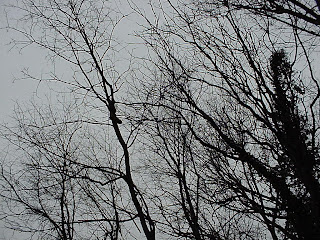 When I started at George Washington University as a freshman in the spring semester of 1962 (the blog entry for Nov. 28 2006 explains the catastrophe that had led to this), I placed out of the first semester of English composition. At GW, one took two semesters of a literature before taking the second composition “term paper” course, in the second half of the sophomore year.

I digress here. I student in sophomore “English 4” could write a term paper on anything reasonable; the whole point of the course was to learn how to write academic research papers, at age 19 as a new “adult”. I wrote mine on Gustav Mahler’s influence on modern composers. A good friend from the chess club actually wrote his on vampires. Three weeks into the course, we had to hand in an “annotated bibliography” for the term paper, one of the most difficult assignments I ever had for my age at the time. I remember staying up until 3 AM to finish it on the kitchen table. We read Huckleberry Finn in class, but that was mostly for fun (although I remember some startling passages about personal appearance and future wealth). At the end of the course, we had to return the term papers, to keep them out of fraternity files (this was long before “turnitin.com”).

The point of the year long literature course (English Literature in my case) was partly have more content to write about in the research course. Because I started in the spring, I took the second half first, starting with Wordsworth. I remember having about sixty pages of a thick gray anthology “British Poetry and Prose” to read for each class, two-thirds of it poetry, and the professor gave regular pop “card quizzes” that were ¼ of the grade (thankfully, he dropped the lowest quizzes, and offered plenty of choice of questions on the final). The poems and prose pieces looked like little glimpses into a world very different from ours, but the point of them was to study how intimate and frank writings give an understanding of what made people “tick” in a particular culture. I seem to remember the idea of poetry as giving “pleasure” from Wordsworth, and one of his famous poems (Ode: Intimations of Immortality from Recollections of Early Childhood.” (1888)) became the motivation for a famous film “Splendor in the Grass” which I saw that lost semester in 1961.

One card quiz that I failed was on the assignment to read Thomas Carlyle, portions of “Sartor Re-Sartus” . You can sample his work here and notice the second paragraph (Gravitation) where he seems to sum up how he thinks about science, and then proceeds to develop his metaphor on clothing. (Maybe the idea wasn’t lost on John T. Molloy and his “Dress for Success” books.) One can check up on his fictional character Diogenes Teufelsdröckh. What I seem to remember was a book of lots of short self-reflective pieces, annotating themselves as they unfolded. They strike me as something comparable to today’s idea of weblogs, when they are collected, cross-references (Wordpress does this well), and presented formally. Maybe one could do that with Heather Armstrong’s “dooce” site. They give the reader a detailed look at what is really going on in the intellectual and somewhat personal lives of people on a day-to-day basis. Their reflexivity is part of the technique. It's true, though, that blogs today tend to be a lot less informal in tone than the formal short pieces often presented in anthologies.

Some writers consider Sartor “this new kind of book” as an early example of existentialism. Now that term gets thrown around today by conservative writers in describing the threat from radical Islam; on his feet, Rudy Giuliani pulled the term out of his mind in one of the debates, and I suspect that John McCain will do the same. The term is perhaps overused. I’ve used it to characterize the concerns people have over the logical outcomes of one’s personal intentions, especially when these intentions involve inherent contradictions (it gets mixed up with rationalism and radical individualism).

Earlier (and this would have been covered in the “first” semester which I would take subsequently, in the fall of 1962) lit courses presented many diarists, such as John Elwyn and Samuel Pepys, whose Diary is our main source today of information about daily life in England in the 17th Century. That does sound like a blog, doesn’t it! Most high school English classes require students to keep handwritten journals, but for the most part, teachers have been reluctant to post them online as "blogs."

One could say that the individual Canterbury Tales are almost like blog entries (in verse). Even in 1962, the literature Professor was willing to offer the view that the Pardoner is homosexual. Or perhaps one could say that of the individual Parables in the New Testament, or even of individual chapters in the Epistles. One could collect them as individual postings, and categorize them according to the kinds of moral issues or social problems that they address.

See NBC4's story about a Maryland man's "postsecret" blog based on secrets sent to him in art; the blog consists of the artwork.
Posted by Bill Boushka at 9:49 AM