DADT books: what happened to my "Bill of Rights 2"? It's still there, but look at demographics 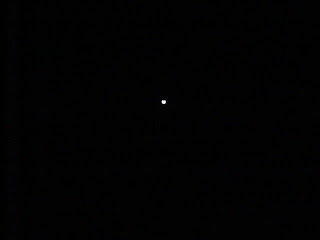 With my big “Do Ask Do Tell” book in 1997, followed by the small “fundamental rights” supplement in 1998 and second DADT book in 2002, I urged the idea of a “Bill of Rights 2”. I stressed the idea of building a firewall between government and individual rights. Given the tone of many of my recent posts, many will wonder what has “happened”? Why all the recent moralizing?

In fact, I touched on the idea that a BOR2 might be accompanied by a “Bill of Responsibilities.” We all know that freedom cannot be taken for granted. Beyond the obvious objectivist notion of absolute responsibility for one’s own acts, there is a necessity to share the burdens of defending freedom. Some of these duties mix in with interpersonal family obligations that go beyond the obvious priorities that get reset by having children. Some "social rights" (indeed the last two of FDR's "Four Freedoms") only exist because of cooperative efforts and sometimes individual sacrifices.

There has long been an undertone in conservative literature of disapproval of “self-absorption.” Recently, this concept has been connected to lower birth rates and changing age and race demographics, which are seen as a result of weakened families and as having dire potential political consequences in the future, especially related to immigration. I covered this yesterday on the issues blog with discussion of a recent article in The Nation by Kathryn Joyce. It seems that some social conservatives regard personal "introversion" as self-indulgent and as a quality that makes someone a burden or even a danger.

The self-focus gets mixed in with religious notions of accepting “the spirit.” Rick Warren talks about this with his notion of “Purpose-Driven” life. “It’s not about you,” he writes. Then, as in the previous post here, James Somerville talks about the fact that you can’t be born again by focusing on yourself and becoming a better (or more meritorious) person.

Another concern has to do with the way technology works in tandem with self-concept. Technological advances, culminating with the self-expression opportunities on the Internet, have led to the drive for people to be more independent of expected or “automatic” social and familial emotional ties. There is this “Da Vinci” paradigm for leading one’s life: be your own person and building your own interpersonal relations through a selective funnel opening from your own work. That model works well especially for introverted people, but it doesn’t lead to strong families or communities. Technological infrastructure can be undermined by political or religious enemies (terrorists) or by natural disasters, and people can be forced to live in a more interdependent manner again.

People like me do become targets of this kind of thinking. We are accused of “cheating the system” by experiencing sexuality without taking the risk of possible family responsibility that comes with having children. But that idea misses the mark. I came from a family, and normally I owe it some emotional loyalty, regardless of my public or private life. I talked about the evolution of my emotional distance from typical family emotions on the glbt blog recently, here. Is this kind of thinking a form of scapegoating? Yes, and it covers up other problems, like wholesale discrimination and unfair unearned inherited wealth distribution among families. As Joyce points out in her article, there is no question that this sort of thinking feeds the agendas of those who want male-headed patriarchal families. A deeper point seems, however, to concern what supports good marriages need to foster and raise their children, and one of the things it seems to need is some loyalty and an assurance of support in time of need. The emotional connectivity that this can require is difficult, and I talked about this recently on the glbt blog, here. There are plenty of family responsibilities that people take that don’t come from their own sexual intercourse: eldercare, the need to take care of or sacrifice for siblings, and this is hardly shared equitably throughout society. Politicians seem to be uncomfortable raising these issues in mainstream debates,

That’s why it comes back to deciding just what should be expected of someone life me, as I wrote on this blog on Oct. 9, link here. Some people are very determined that those who are “different” should not reach the public except through conventional committed connections to other people governed first of all by the nuclear family (and its anchor in “marriage”). That relates to old-fashioned ideas of "public morality" where an atmosphere of conformity keeps people motivated toward maintaining the empathy that family life needs, and (sad to say) keeps people like me from being able to distract families. This kind of requirement does tend to protect other family members in some situations, but it also contributes to jealousy and the “soap opera” syndrome.

Our economic system generally assumes individualism, and that people respond to incentives based on choices (and that includes choices that result in marriage and children). So does our legal system, up to a point, until it deals with the special privileges of marriage and parenthood, which others subsidize. People with family responsibility may feel that they should not have to compete “with neutrality” with those without such responsibility. To some extent "family values" seem to contradict "individualism" and "self-reliance" as sometimes the family concept seems to stress responsiveness to people, sociability, and perception of the self as part of a necessary group, even if it contributes to an "adult" individuality later.

Every society has always had a large fraction of adults who do not personally reproduce. Societies, even relatively liberal ones, generally expect these adults to supplement family care efforts including being able to raise children (sometimes siblings’ children after family tragedies, a favorite theme of several movies and television series) and particularly do the large share of the eldercare, the latter increasing rapidly as life spans increase while there are fewer children. Society expects some emotional reception and response, and even expects such individuals to serve as additional “role models” for the next generation. Finally, society generally expects such individuals to be able to share other responsibilities like military or civilian volunteer service. It’s logical that all well-respected individual would have proven at some point that he or she can support others besides the self, and can take care of dependents. All of this had been part of the moral mindset of earlier generations – the sense of duty that went with a higher standard of living than much of the rest of the world -- until the 1960s and 1970s, when it fell apart, not just because of the Civil Rights movement but because the values of government itself became discredited with Vietnam and Watergate. Another way to look at this expectation found in religiously conservative cultures is to say, "you don't go out into the world on your own until you are accountable to someone or others, usually in the family, usually a spouse and children, because this makes things right in terms of karma (or in terms of religious practice).

Of course, that was the undergirder for my own arguments about removing government policies that make certain people (GLBT) second-class citizens or (in the past) “unapprehended felons.” To be worthy of respect, one needs to be able to share the responsibility for defending freedom, even if there is no formal draft. I wrote a statement about this in October 2007, here. One needs to have stable relationships recognized, and have the ability to adopt children when otherwise suitable and qualified. One needs, as Andrew Sullivan once wrote, to end “public discrimination” just so that “different” people will be able to participate when needed in sharing the sensitive jobs and tasks that keep a free society going, and than enable at least some majority of people to raise their own families. What “outliers” like me experienced was a kind of generous urban exile that kept me away from real “responsibility,” but all of that changed in the last decade, because of family “demographics” and public visibility associated with the media and Internet.

Of course, this challenges the “blinder” belief system that many people think they need to stay involved in their marriages. They need social approbation, a cover that pampers them and demands some deference from others, especially those like me who want a permanent "adolescence". Generally, they do not experience only the creative experience of an expressive relationship for its own sake; they are drawn in to a collective experience of raising another generation. But some of the social changes being floated during the past fifteen years might not seem so polarizing if there was an expectation that everyone serves, everyone shares. That probably doesn’t ring very true to a lot of people. Changing demographics, and the likelihood that many states might start enforcing their filial responsibility laws, as well as pushes to supply strong carrots for national service, could change that. None of that necessarily would violate a “Bill of Rights 2,” because it wouldn’t involve government compelling people beyond what they already owe.