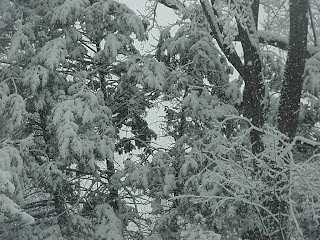 On a Saturday in early August, 1994, while on “vacation” with a rental car, I had a personal epiphany as I had lunch in some family diner in Sterling, Colorado, supposedly the home of the “cattle mutilation” controversy. Somehow I came to the irrevocable decision that I would do my book on the military gay ban, and ease myself into a “second career” someday on exploring all the “individual freedom and responsibility” issues that seemed concentric to the ban. I’ve explained how that is in previous posts (and the connection to my own experience at William and Mary in 1961). I remember the rest of that say, driving through western Nebraska, visiting Scottsbluff, admiring the magpies and scrub jays, and staying in Cheyenne that night. I knew life would change, although only gradually at first.

My entire “paying” career had consisted of positions as an “individual contributor” in information technology. When I “retired” at the end of 2001 (post 9/11), the past twelve years had been spent in the life insurance industry. The “natural” question is, why not make a secondary living “selling” what I know, which then would have been life insurance and annuities. I have indeed been approached about becoming an insurance agent (several times), but also about a lot of other things: the cash flow business, the charity surplus goods business, and so on. I have considered the “career switcher” into public school teaching (mathematics). All of these involved manipulating people to convey a simplified, pre-digested message where a boss says “we give you the words.” (Note well: some retirees took up the mortgage sales business, and look at where it is now.)

My books and websites express a certain intellectual conceit, that of “knowledge management.” That is, one can design a kind of “Wikipedia on steroids” that catalogues all major political, social and scientific controversies (Wordpress is really good at this!) in such a way that the “average person” can navigate into it. (As Roger Ebert said in one of his movie reviews, “go into the Website”.) One person can start this, although one needs the help of others in a “networked journalism” operation. Of course, there are issues, such as fact checking and journalistic objectivity. The underlying potential is that, with a public informational infrastructure like this, lobbyists and conventional politicians will lose out. Simplified appeals to voters who just want their immediate comfort needs met will no longer work. Pie in the sky? Perhaps.

In fact, a large portion of advertised “opportunities” for writers essentially are jobs that require dumbing-down of material for lazy readers to sell them things. Many of them are ghost-writing other people’s agendas (such as unions’). Some of them have to do with “training” CDs and courses. The wiki idea ought to make money ethically, but it requires a lot of thought an staying power, and personal independence and autonomy.

Of course, most “normal people” have family-driven commitments to others, and find it necessary to ask for “biased” help from politicians, labor unions or the like to meet these. Their question becomes "what can you do for Me (and My Family)?" and they are more concerned about winning converts than arguments. It's interesting how this notion of family commitment will lead some people perceive that "political participation" means volunteering for specific candidates in most partisan fashion. (The NBC Nightly News video (2/28/2008) on this mode of political participation is here.) Family responsibility creates tension with intellectual objectivity. So, the logical question becomes, what does this say about me?

I did spend much of my “coming of age” years and subsequent adult life focusing on my own “psychic needs.” The “second coming” in the early 1970s required an inordinate amount of self-focus. It required privacy and a separate "universe" that was large and rich enough (the large cities) for me to build "a different life" in; it needed to allow reconciliation forays back into the "real world" but it did not require complete "equality" because the outside world was not demanding much other than the work that I did for my salary (OK, there was on-call and unpaid overtime; that was part of my "karma".) It also led to impatience with those who wanted to manipulate the spin for their short-term advantage, with no sense of “intellectual honesty.” Eric Schneiderman has a relevant article in the March 10, 2008 The Nation, (“Transforming the Liberal Checklist: It’s time for progressives to demand a bolder, ‘transformational’ politics,” link here; also see the Web letters: It’s true, starting in the 1980s conservatives (unfortunately, the “Moral Majority” sometimes) started recasting the issues debate in terms of personal responsibility and, less definitively perhaps, intra-family or filial responsibility. Now, the changing demographics (increased life span, fewer children) has led to a new kind of “moral focus” on the “self-absorption” that putatively interferes with forming and keeping intact new families. (Link.)

I’m obviously caught in the middle of this. In the past few years, there has been a lot of personal pressure on me to “interact” more to meet the real needs of other people. Let me backtrack and say this has happened before, as in the 1970s at the (New York City East Village) Ninth Street Center (when I was urged to start by “volunteering” to wash the dishes after the Saturday night chicken-and-tomato aspic potlucks), or in the very early 1980s in Dallas when there was concern about housing gay Cuban refugees, or later, obviously, with the AIDS epidemic and the need for buddies (and “baby buddies” who helped on personal convenience). But none of those compare qualitatively to the personal demands of eldercare, and of the constant pressures today to become involved in teaching, mentoring, etc. The economics of this is part of the issue, and there is a real risk that states will start enforcing filial responsibility laws, and disproportionately on the childless. But what’s more remarkable is that this new call for personal charity requires emotional connection that is alien to people like me.

I spent a few decades living in more or less a different, although “reconciled” (to use Clive Barker’s terminology) universe where individual sovereignty was the strongest value. In the past few years, post “retirement” myself, many things have changed. Besides the eldercare issue, I found myself in classrooms with kids who demanded emotional connection and presumed that I had led a life (preferably married with children myself, a wrong assumption) that would support my use of emotion to demand “respect” as an authority figure. Others would approach me about “sales” jobs that obviously depended on structured social connections that are alien to the way I have lived.

I do have my own world of emotions, that start from within. Music is one way to map them. So, one asks, what good is it to become the Universal Scribe if no particular person matters? Well, people to find this material and feedback, and I find that when I produce something valuable and have enough personal mobility, I do attract the people that I want. Yet that doesn’t seem fair to some people. “You” (let me be informal and address the reader here!) are supposed to attract the people who will “need” you. I have had “relationships” that, for me, generated emotional intensity. But there was no element of permanent post-adolescent commitment, which is more for the safety and protection of a lineage than for me and a partner. There was no need for a “marriage.”

Yet, it seems, as a moral matter, others (or “society”) has a right to demand this of me. If that’s true, and if it has a legitimate “moral” foundation, then there can be ramifications. In the future, others like me could be compelled to live close to other family members in order to be able to care for them if necessary. Or my right to free speech or self-expression or “self-promotion” in public spaces like the Internet could be pre-conditioned on accountability to someone. That may seem far off (constitutionally, given recent court activity), but that sounds like what some people want. Family responsibility need not wait for conception, or even a sex act.

There is a lot of coverage of autism and Aspergers syndrome in the media today, as with Feb. 27’s very informative session on Larry King Live on CNN. They seem at least reasonably related to “emotional autism,” an unwillingness to accept the gratuitous emotions of much family life. A doctor made a point about the word “autism” itself, which connotes a “turning within” in the mind, a preoccupation with the self that precludes productive engagement with the outside world, introversion carried to the ultimate extreme. That may not be completely correct or fair as a characterization. But it strikes me as interesting that a syndrome that (at least when milder clinically) people used to attribute as ”selfishness-driven” character flaw or moral failure when I was growing up (it was the responsibility of all men to protect women and children a few decades ago) so obviously has biological explanations, and what these may be is disturbing and controversial. (The show gave some statistics that show that autism has risen rapidly in boys in the past thirty years with no clear explanation.) When I substitute taught and found myself in a couple of classes with severely handicapped students, I saw that the instructional program did focus on their taking “moral” responsibility for their own behaviors as much as possible.

I do get some “angry” emails once in a while. In August, someone asked when I would pick up a hammer and go down to New Orleans and pay my dues. The speaker wanted Anderson Cooper to do the same (see the TV blog for August 2007). And I know that some employers act as if they would like to see me behave in a more partisan and protectionist manner, even if that meant taking “advantage” of anti-discrimination laws or sentiment. (I recall the incident when I was asked if I would borrow swimming trunks and get into the pool in front of kids.) That would make other “non-competitive” people in the conventional social sense feel better about themselves. I want no part of it.

For now, but not forever, I am a world “court reporter.” I’d like to find real money and build this into a film. I’d enjoy a visit to the Kodak Theater some day.
Posted by Bill Boushka at 4:23 PM