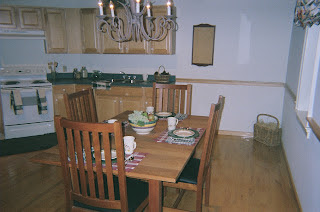 Around 2002 or so, some employers started discussing the idea of developing corporate blogging policies. This development at the time arose out of concerns over the possibility of legal compromise (such as trade secrets or private information of stakeholders), and after media reports of a few spectacular firings (and the emergence of the new verb “dooce”). There was a tendency to lump blogging at work (on company blogs) and at home together, because in the global world, most visitors could see both corporate and personal blogs.

There are some web references on these, such as Groundswell . On that page, the Harvard, Sun, and Microsoft Scoble links still work right now. Most of the rules that are mentioned match common sense. Harvard mentions the concept of a “creative commons license,” an idea that Electronic Frontier Foundation has promoted for artists to help solve the DRM controversies raging today.

In March 2000, I had written a white paper on this whole subject, and I had gone more deeply into the concerns. I was concerned that it would be very easy for a manager to trigger a hostile workplace problem by discussing his personal views on a controversial subject. For example, illegal immigration is controversial, and most reasonable people find differing sides of the issue to be intellectually legitimate. A person might express strong opinions that illegal immigrants should be deported or be denied services. Then the person becomes a manager at work, has (perhaps unknowingly) illegal immigrants as subordinates and is accused of evaluating them unfairly. The possibilities are endless.
Teachers could run into this problem when they have the authority to grade students and affect their college prospects.

The issue became more complicated around 2004 as social networking sites became more popular. At the same time, personal websites, originally tending to be simple flat and linked file systems like mine in 1998, were being supplemented or replaced by formal weblogs, often subordinated to the social networking sites. The issue that disturbed employers was the dissemination of personal information, often “negative” by older social norms (or legal norms like drinking ages), sometimes connected to political or social protests or “teenage rebellion”, that could be perceived by stakeholders as indicating personal untrustworthiness. But “defamation” or “bad reputation” could live in the mind of the beholder (or customer) more than speaker.

Another aspect of the problem is global reach. A web posting typically will get indexed by search engines and can be retrieved anywhere in the world, outside of censorship in certain countries (like China, or some Islamic countries). But social networking companies and blogging companies began to offer whitelisting, the ability to keep access to content restricted to registered or known stakeholders. Even so, some employers looked at Facebook or Myspace profiles of job applicants even when these profiles were supposed to be marked “private.”

I have suggested before that people with certain kinds of job responsibilities (direct reports, speaking for the company in public, lobbying, sales in public, teaching with grading responsibilities) blog “globally” (outside of a whitelisted network) only with certain formal supervision. To some extent, this kind of issue could be managed with “conflict of interest” policies already well known to business. I suggested this when making up a business ethics quiz for a testing company in 2003, and created quite a bit of controversy.

Still, people in particular jobs as individual contributors may find themselves wanting to get promotions, or needing to because of circumstances (even from the family) driving them to do so. Postings made by themselves in the past could create conflicts given new and not previously encountered responsibilities for subordinates. Personal information, especially of a controversial nature, could be troubling (and that could include GLBT-relevant information). So such persons might have to go through an exercise in removing posts, and even getting search engines to remove these from caches and Internet archives. This can be done, but it can be laborious and cumbersome. Many people have dozens of pages of references to them in their “search engine backgrounds.” That’s why companies like “Reputation Defender” have sprung up trying to offer “professionals” an efficient process for doing this.

The Human Resources and legal worlds, as well now school boards, have slowly began to crystallize positions on these issues. In 2006, the American Management Association published Nancy Flynn's "Blog Rules." George Washington University associate law professor Daniel Solove has written (and Yale University Press has published) a book on online reputation, "The Future of Reputation: Gossip, Rumor and Privacy on the Internet" (my review is here). Dr. Phil has taken up the problem a couple of times, especially with respect to teachers (and also Internet bullying).

It still is unclear where all this is headed.

I've discussed the Wikileaks case that surfaced Feb. 15 on another blog (Feb 20), here. Stay tuned, as this issue will surely develop quickly.
Posted by Bill Boushka at 8:51 AM