Born once and Born again: the pastor says "relax": a political and moral dilemma 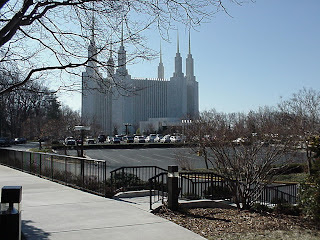 In June 1979 I went on a weekend retreat with the Metropolitan Community Church of Dallas in a prairie near Abilene, Texas, in a facility called El Rancho Vista. In suffocating heat, we gathered at midnight Saturday around a pond, and had group prayer. A particular guy named Skip clutched me and prayed for me, making an unusual comment that I was less capable somehow than the others in the group. I was on the spot. Suddenly, there were claps of thunder, a strong refreshing wind, and heavy rain, driving us back to the bunkhouses. The confrontation was cut short. A month later, Skip would call me an invite me to dinner at the Lucas B&B on Oak Lawn in Dallas, and ask me when I would get to know God.

Now this sounds like a heavy way to begin a posting, but go on. In August of that year, one of my friends sang at a Sunday night service at the MCC, then on Reagan (the property had been bought clandestinely from a Church of Christ; this was long before the Cathedral of Hope was built), a hymn called “He’s Alive!” and during the service, a woman who said she hadn’t walked in ten years go up and walked toward the altar. Afterward, there was a big Sunday night supper celebration at the Belle Pepper.

Fast forward to February 17, 2008 at the First Baptist Church of the City of Washington DC and the Rev. James Somerville gives a sermon called “Labor and Delivery.” He makes an analogy (probably common) between leaving the comfort of the womb and being born into the world as a baby, and then being “born again.” There is nothing to do but relax, he says. Let it happen. There is no way to be born again just by being a better person.

I’ll sidestep the “faith v. works” debate here, believing that the two concepts are somewhat equivalent. Some religious faiths even within Christiandom (the LDS or Mormon Church, for example) place more emphasis on works as affecting one’s position in the hereafter.

I don’t particularly relate to being suddenly “born again” while on this planet. I can imagine the reactions. I’m used to hearing opinions (as I noted at the start of this post, when applied to me), as to who has “the Spirit.” What does matter is what happens on passing. Once, driving back to Dallas from Oklahoma on a Sunday night, I heard a preacher on the radio say, “the first thing that happens is that two angels by your side escort you to the judgment room.” I heard a lot of radio debates about post-tribulationism and pre-tribulationism while living in Texas in the 1980s.

It makes sense that, on passing, one is shown the wonders of the Universe, and answers to questions about life on other worlds, that one understands the basic essence of physics, and maybe even that “information” somehow is omnipresent, regardless of the limiting speed of light and mathematics of relativity. However, one does not have the capacity to climb onto Blogger and record what one has learned. One doesn’t have the capacity to do anything or express anything. One must just “relax.” Surely, the transition to the Afterlife from this life is as radical as the transition to this life from the Womb.

Here is where the idea of karma becomes attractive. It’s a well known idea from Rosicrucianism and New Age practice. (Book review here. ). It seems just. Your position in the hereafter is affected by how “well” you do, even if someone wronged you can cut your life off short. The only way to make it better is to live again and do better. That, of course, brings up the subject of reincarnation. Most of us have a “first memory” from about age 3 or 4 (mine is that of an electric train around a Christmas tree at age 3), and before that there is only nothingness – despite the 4.5 billion years of Earth, and tens of thousands of years of human history, of ancestors whose sacrifices and procreation made our experience today possible. Their past problems don’t seem real to us, but they should. Strong memories from very early in life, which seem fresh decades later, help make us “who we are.” If my specific parents had not come together, would I exist? That gets into the philosophy and "mystery" (even in terms of the most basic concepts of physics) of the soul or "inner self" and no one knows -- it is a matter of religious faith.

Nevertheless, standard “New Age” belief is that to have a successful afterlife, you have to live numerous times until you get everything right. You can fix things only during earthly incarnations. (No one deals cleanly with whether they are all on this planet; British novelist and filmmaker Clive Barker took up that problem in his 1991 novel Imajica, and says that he wrote that novel as a personal theological journey.). One variation of the Gospel is that Christ’s sacrifice made this repetitive process possible. Although group and family karma might exist, too, you do have to save yourself, it seems. That comports well with ethical theories underneath radical individualism and even objectivism. You do have to share with others, and pay back (or pay forward) to the system emotional empathy and kindness that was afforded you, however.

But one aspect of almost all spiritual and religious practice has to do with service to others, which might be reckoned as an individual measure, or might be expected as a surrender to group identity and experience. To be frank, much of the debate over “family values” concerns what should be expected of those disinclined to form their own biological lineage (often GLBT people). The older notions of public morality viewed families as units to deemphasize preoccupation with the “performance” of individual members within the member, some of whom may have been “different” or not “competitive” enough to have their own families; so it was both the privilege and responsibilities of their parents to protect and manage them as part of the family unit, even as adults. Such individuals were expected to stay home and remain caregivers, or sometimes take up carefully structured roles in the community (priests or unmarried teachers). Such a view seems at first more compatible with an orthodox Christian view of permanent salvation by Grace alone (after only one incarnation). By focusing on intra-familial and intra-fellowship connections and "faith," it neutralizes the kind of thinking that "measures people" or lets them be "labeled" as "second-class citizens." Because such a system of "public morality" focuses on the emotional well-being and motivation of the group as a whole, it tends to be intolerant of excesses in personal expression, challenges to familial or religious authority (even "blasphemy"). But such a view also invites an abuse and its own moral complacency, encouraging and tolerating such practices as segregation or slavery, and then discrimination in the past, as well as group economic unfairness. Such a system starts to seem "irrational." Individualism answers theses abuses by putting everybody on the track to race on their own, but some people still start ahead in line, and some people as individuals get left behind, to save themselves, often an impossibility. A true moral dilemma.

Picture above: Mormon Temple in Kensington MD, just north of I-495 outside Washington DC. 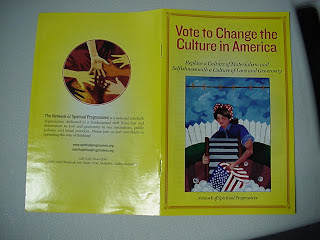