Blogs and campagin finance: the past has a lesson for today 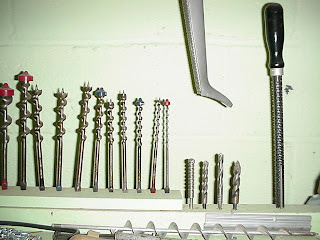 Several times in the past two years I’ve taken up the subject of blogging and campaign finance reform. As readers recall, there was some controversy around the end of 2005, after a federal judge had ruled that the FEC could not baldly exclude Internet communications from possible regulation under the Bipartisan Campaign Reform Act of 2002. A descriptive link at the FEC is here; the statute text is here. The opinion by Colleen Kollar-Kotelly (9/2004) can be found in a dynamic link here near the top of this page on the Agonist.) An important development later, recall, was the Supreme Court ruling in the Federal Election Commission v. Wisconsin Right to Life, et al., link here (findlaw opinion here: ) in 2007, which would limit the reach of the law in cases where the intention was to discuss an issue rather than endorse a particular political candidate.

In October 2005, the Washington Post and the Washington Times had a face-off on this issue. The Post editorial was called “Cyber Loophole” and the link is still here:
The Washington Times editorial was called “Suffocating the First Amendment,” Oct. 12, 2005, and the link no longer works (it resolves only to the Washington Times home page). The Times came to the alarming conclusion that no ordinary person would be able to afford to open a blog without the expense of hiring a lawyer, because there would be know way to know when one wasn’t making an “untraceable” (to parody the name of a popular movie) under-the-table campaign contribution. In 2006, the FEC finally amended the rules to relieve the minds of bloggers somewhat.

The question, two years later, and maybe important to raise in an election year, is, how could a personal blog conceivably corrupt campaign finance reform anyway? The Times editorial really didn’t explain that. The legal point, in circulation at the time and perhaps forgotten now, was that a political position on anything (say immigration, or health care reform), if it matched the position of a particular candidate, could be construed as an endorsement of the candidate. Therefore, the “value” of the blog posting, even if it were posted as free content without compensation, could be viewed as a “contribution” that could not be accounted for. Thankfully the Supreme Court curtailed some of this madness in 2007, with the opinion above. At the time of the debate, there was a lot of concern over links to candidates’ pages.

Still, there is an important point that lingers. When a blogger or web publisher makes a posting in a public space, accessible to search engine, the law is probably going to assume, at some point in its standard-making, that the speaker has a motive and a purpose for the posting, that the speaker expects something to “happen” as a result. The situation may be less problematic, ironically, when the speaker has been compensated by a third party and is conveying another party’s message. It may become particularly nettlesome with free content, and lead to situations where enticement could be alleged.

One observation is that personal blogs are found by others and are effective. That point is not lost on employers, who have been “investigating” applicants and employees with search engines, sometimes, as we note, finding the wrong person and not being too conscientious about their own ethical practices as employers. The problem is best known with social networking profiles, but has been coming on for a long time, with ordinary sites and then blogs, even before social networking sites per se became big players in UGC (user-generated content) scenes. The mathematics of binary searches makes it much easier to find a particular person or item by that person quickly, even among billions of web pages, that most novices can imagine. In assessing incidents where employers (or their “clients”) are perturbed when they learn of what associates have said “in the wild,” that point needs to be borne in mind.

During the political campaigns this year, it seems appropriate to use this mathematical reality to advantage in promoting pseudo-direct democracy. Whatever Hillary and Barack say about their respective health care plans, what “ordinary people” say about the specific proposals matters. If 75% of the blogs supported dropping employer-sponsored health care and replacing it with a fairer system, that would be very important information for whoever gets elected, even if the short-term effect is to favor one candidate (even somebody like Nader now) over another.