When referring to people on Net postings, use the same name spellings they use; stuff stays out there forever 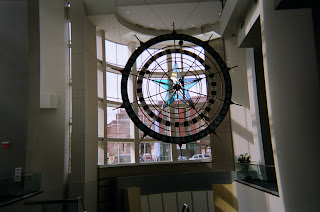 These days, as Internet reputations are all the rage, a particular problem is, as noted before, the effect of comments, video, photos, etc. posted about someone by other people online, especially in totally public areas and left accessible to search engines.

Reputation counselors tell people to do Internet “background investigations” on themselves, with many people having many pages of reference links on the common search engines. You can try mine with both “John W. Boushka” and the “pen name” “Bill Boushka,” where Bill is the nickname my parents gave me at birth, based on a middle name of William (no, not the prince).

That brings up an important point. As I noted before, many times the wrong person is identified by people (even employers) doing searches. That’s much less of a risk with an unusual name, or a name with an unusual spelling. The name synonym question does bring up the whole ethical question of employers and even law enforcement doing these searches properly (as well as id theft issues discussed on another blog).

An particular issue comes up with links and bibliographic references that mention specific contributors, or persons affiliated with organizations (such as those issuing press releases). Since a reference is likely to get indexed and stay out there for years if a site stays out there for years, it’s important to credit the individual with the same name and spelling that he / she used at the time of the reference. One should not add a middle name or initial if the person doesn’t use it (that may make it “too easy” for an unscrupulous third party to track the person down; there are other sites like Zabasearch that can do this). One should use the pseudonym if the person uses it. That would me that for my books, “Bill Boushka” is the correct reference. The cat’s out of the bag with me, so it really doesn’t matter for me any more, but it does for some people.

I’ve had my own domain(s) since 1997, and I used AOL personal publisher as early as 1996 (“hometown AOL”). Many people are referred to, of course (in reviews or especially bibliographic references) and I try to keep the references relevant to what matters with respect to particular issues. Over the years I’ve had very few requests to remove or modify a reference. In one case, a person who had attended a particular political meeting as the “minutes taker” didn’t want his name posted. In another, a “third party” local political candidate was running for office again and felt that a reference on my site was old and misleading because of the passage of time. Another situation involved an old press release that today might sound strident (times do change even as literature is forever), so I simply changed the name to initials. These incidents have been infrequent and usually involved unusual circumstances that are unlikely to recur, and they involved matters that were unimportant, so I have honored them. One feature of the Internet is that it can preserve material forever (and indeed add “notability”) when it would have been forgotten in the past. People need to remember that when they insert themselves into the public eye (which now people often do when very young), the material they have written and the public knowledge of their activities is likely to stay out there essentially forever. People no longer have to be "professionals" to post (truthful) news stories about them. That’s OK when someone can stand behind what he or she has done (as “who I am”), even though it might create conflicts with some future employers or sources of income. Imagine, for example, that anyone who entered the fight against the military gay ban (and the notorious Clintonian “don’t ask don’t tell”) and challenged it publicly will be known to have done so forever. One needs to stand behind one’s akashic record.
Posted by Bill Boushka at 6:18 AM