The Web's ability to democratize: the good, the bad (and maybe the ugly) 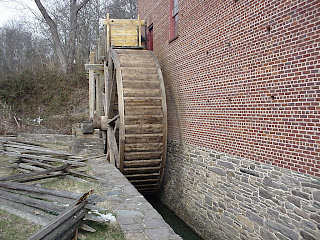 Today (Thursday Jan. 24), the Washington Times (p A2) has an interesting story by Robert Stacy McCain, “John Wayne of blogosphere: For Simon, the frontier is online,” a story about Robert L. Simon, CEO of Pajamamedias, a good example of entrepreneurial networked journalism. (See my entry July 31. The news story link is here.

Simon’s novel “The Big Fix” became a film from Universal, directed by Jeremy Kagan, in 1978, with Richard Dreyfuss. The in 1989 he adapted Isaac Bashevis Singer ‘s novel for “Enemies: A Love Story,” 20th Century Fox, directed by Paul Mazursky, about a Jewish ghostwriter. The Times article discusses his aversion to the racial politics of the O.J. Simpson case in the 1990s. (The second of these two films shows up on Netflix as having a DVD.)

On the day that the usually stern Washington Times produced such a cheery story about net adventurers, the usually much more liberal (or at least moderate) Washington Post threw ice water in a story by Mary Beth Sheridan, “Terrorism Probe Points to Reach of Web Networks,” link here. The story points to a bizarre incident in 2005 when someone was being arrested near the Capitol, certain others (supposedly connected to a domestic radical Muslim group) were making video near the Capitol, and those others would eventually be arrested after their videos or pictures appeared on the Internet and they were connected to support for Al Qaeda. The story discusses the use of the World Wide Web to disseminate radical Islamist ideology and suggest "marks." The pictures comprised images of various prominent buildings or landmarks, including one oil storage facility near an Interstate highway. All of the locations were places easily visible to the public with normal effort and most of them are readily shown in newspapers, periodicals, books, television and commercial websites already. (The Pentagon no longer allows amateur photography from anywhere on its property or parking lots, even though common sense says that there is nothing particularly secret about what can be seen outside; presumably people can photograph the 9/11 memorial.) The overall pattern in the story suggests that web content (especially images) can be illegal because of the identity of life circumstances of the speaker, when it might otherwise be legal. That is certainly a disturbing legal theory, if applied in other areas (the new “implicit content” problem). Almost any corporation or successful individual could become a “target” of some party with a bizarre grievance, but, using “common sense,” we don’t normally consider Internet photographs of public buildings or corporate facilities provocative. (The oil facility mention was particularly troubling since some radical Muslims insist that Americans “steal” oil from the Middle East; but there are many such facilities all over the country.) There have been issues with websites that show photographs of particularly vulnerable locations in buildings (there was a Reader’s Digest story (“Outrageous: Let’s Shut Them Down”) on this in March 2005 by Michael Crowley, link here. ).
Posted by Bill Boushka at 4:50 PM