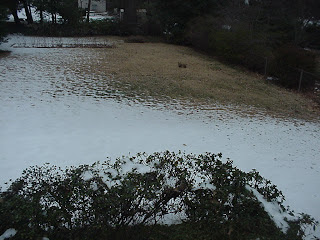 The advent of Web 2.0 and the use of personal web profiles and pages for social networking rather than just as a soap box (which had been the original model in the 90s) has created new possibilities for conflict or problems in the professional business world and also for school systems.

There is an important story in USA Today, Friday, Jan. 18, 2008 by Janet Kornblum, “Social, work lives collide on networking websites: As ‘friends’ lists grow, personal information can spread even to strangers,” link here.

You can probably get an idea of how this could work by clicking on my own Myspace profile, which I don’t use much. Instead, I prefer to publish on my personal site(s) and blogs, and invite comments, and sometimes emails and, if appropriate (not that frequently), cell phone calls. I also see that I wrote about this issue on Nov. 15, 2006 here with “Myspace says I have 1 Friends”. As an older person, I generally prefer to use the real world for social purposes, as I would be at an obvious disadvantage in the typical “myspace” social environment. Even Dr. Phil, as noted in recent entries, has pointed out the unexpected complications that misuse of social networking online can cause.

The biggest problem is that personal information can be shared in an accidental and inappropriate way with other coworkers or, especially, subordinates or clients, disrupting potential business relationships. This sounds particularly problematical with teachers and students, especially in public schools when the students are usually legal minors. Most workplaces (most of all school systems) have necessary rules about this, which social networking sites can at least accidentally transgress. This seems to have been a factor in the dismissal of a New Jersey substitute teacher, as presented on the Dr. Phil show Jan. 15 (see my TV reviews blog for that day).

Facebook may be less exposed to this problem than Myspace and some other sites, because Facebook has stricter privacy membership defaults (related to schools or universities) for signup, tending to keep profiles more restricted. All social networking companies are developing ways to refine the concept of “friend” into different levels of “friendship” or “acquaintanceship”. Some people may wind up on profiles as “friends” because they see themselves as signing a “guestbook,” an older website feedback concept that was popular in the 90s (a big deal when Microsoft Front Page offered it).

Employers may have to consider regulating the way some key employees (those with direct reports, those who grade students, or those whose job it is to speak for the company or to make underwriting decisions about others) promote themselves personally on the Web, especially with social networking. They might insist that such employees allow their activity be professionally managed, or keep profiles “private” according to new paradigms that the social networking industry has had to develop quickly.
Posted by Bill Boushka at 10:46 AM