Online reputation gets even more attention in books, media 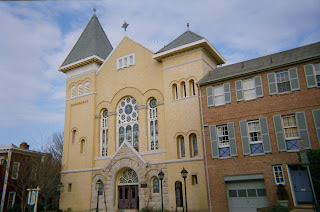 During the past few days I have come across another flurry of activity over the subject of employment and online reputation. Please check the Blogger profile for all the links, but I discussed a recent book by GWU professor Daniel Solove about “The Future of Reputation” as well as the Dr. Phil show aired Tuesday Jan. 15 (it looks like the show was actually taped Jan. 11 in California). Furthermore, the issue of online “fiction” and defamation has rather suddenly come up (last Friday’s post).

This is a complicated topic, and hard to encapsulate. Technology has made it possible for any person with no capital to reach the entire planet at the speed of search engine indexing. Ten years ago, when the Internet seemed to be about online commerce and user groups with some personal publishing, it wasn’t really controversial. But after 9/11 employers started noticing the “search engine” problem more (partly because of all the financial scandals of the time) as at least an issue of corporate confidentiality. Then social networking sites, by 2005, had upped the ante because, to everyone’s surprise and consternation, people seemed to want to use these sites to “defame” themselves and others. The social networking sites naturally hook up with the online video sites (like YouTube, Motion Box, etc.) and photobucket sites. No one would have predicted this ten years ago. Entrepreneurs love to leverage user-generated content, and are just now having to face the practical and possible legal implications.

One trend that is particularly striking is that people do make fun of themselves online, and seem to believe that doing so makes a political statement. In fact, sometimes it really does. On one level, people like the idea of limelight and notoriety (without having to compete to “get published” as in the past). But on another level, a lot of people (an not just “the Kids”) want to protest the artificial standards of social propriety (the “All that Heaven Allows” problem). Sometimes the issues have a lot to do with gender roles and sexuality, and the meaning that others give to family.

Another psychological aspect of this happening simply is that the "rules" for getting into the limelight have changed. The town soapbox, or the short-lived and forgettable attention that sometimes follows a newspaper letter, or even a book or television appearance, becomes a permanent part of one's public karma. Seemingly, people don't have to compete by the old rules to get noticed, and understandably when people haven't "paid their dues" before "being seen," others perceive impending disruption.

All of this confounds employers, who must deal with the practical realities of life for clients and stakeholders, compared to a nuanced sense of protest and social justice that web speakers believe that they deliver. People tend to judge others with whom they must do business quickly, and don’t bother to understand the context of the impressions that others make. Because of the appearance of "bad faith" on the part of the speaker, there is an utter lack of "due process" in handling problems like this, even in public employment (such as school systems); compelled resignations happen frequently. Some careers never even leave the tarmac.

People who present themselves negatively on the Internet or in any public space -- even as part of what they think is a "legitimate" protest -- shouldn't be surprised if some others treat them poorly or even "unfairly", and if employers become silently dismissive. To an extent, that's not so much a legal question as just a practical one about normal human social interaction. To some people, negative self-portrayal may communicate a sense of nihilism, or a sense of contempt for others (or at least a lack of requested empathy for them) with whom has been or will be expected to interact. It might be seen as associated with a familiar social experience in dating or attempted love life -- "rejection." Sometimes protest against social norms does raise really iffy questions -- after all, some people need the norms and appearance to protect themselves from negative feelings.

All of this means that Human Resources departments do need to think about this problem carefully, and develop clear policies that they communicate to job applicants and associates. The policies ought to be developed in the spirit of similar issues with credit and background checks. Companies need to have ways of knowing that they are actually finding the right person online. The policies ought to depend on the kind of job sought. Some of this seemed to come out in the Dr. Phil program recently.

Another point is that one may have a job now that is not very visible to the public or to a company’s clients, but a person may want a promotion in the future; or the company might restructure, pushing the person into a more “public” job, or a new owner might walk in the door and want to enforce new policies. Or, a person might, because of family circumstances beyond one’s control, have to consider a position that is more “people oriented” or sales oriented than in the past in order simply to bring in enough money. There is a natural tendency in most careers for jobs to migrate toward sales and interacting with the public. All of this makes online reputation, which tends to stay forever in caches and archives (they can be changed, but that’s sometimes difficult, and many people have pages and pages of references online now) even more confounding as an emerging issue. Even retirees cannot be complacent, as rapid economic changes or family matters can force them back into the workplace.
Posted by Bill Boushka at 2:19 PM