Iowa Caucuses: they set a good example for the Washington Redskins, maybe; the Demo-Cats bring back Tom and Jerry 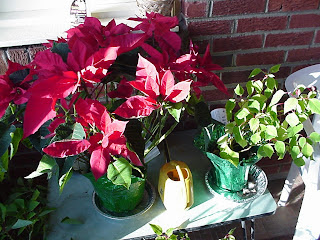 So it’s Barack Obama and Mike Huckabee, both winning at the Iowa Caucuses with dominating performances, the kind that pro football teams want in the playoffs.

First, as to the candidates. Obama may have the most charisma, and looks young and trim enough to fit in on a disco floor, and I don’t think he would feel embarrassed by a drag show. Critics say he is not specific enough about some things, like how to make universal health care work. But then again, who is? (No, not Hillary.) John Edwards (along with Joe Biden) seems a little more willing to discuss a few things (like “sacrifice”) that Americans need. If I don’t agree with Edwards on same-sex marriage, at least I know where he’s coming from, and I’m OK with it.

Mike Huckabee sneaked up and came on strong. His much stronger showing than would have been expected a month ago (compared to McCain, Giuliani, and Romney) puts some cards on the table. Evangelical support matters, and some evangelicals are not afraid to impose their social agenda on others against the will of others. (After all, how do you save souls?) It’s a bit scary that Huckabee, back in the 90s, had reportedly suggested that HIV-infected people should be quarantined (referring to the scare talk of the mid 80s), and this week, the Center for Military Readiness tried to capitalize on Huckabee’s rise by an op-ed piece that suggested that the military return to formal “asking” (with respect to “don’t ask don’t tell”) – see the link in my post yesterday. The other GOP candidates, even Romney, seem less scary, and Giuliani could be a good president.

If Huckabee does well early on, then some of the cutting edge social issues might indeed get debated more, demanding more candor from articulate candidates like Edwards. We could even see discussion of filial responsibility laws, which can turn a lot of other issues upside down; indeed this issue sets a time trap.

There’s something to say about the caucus process itself. The Republicans have what amounts to an informal primary. I’m not sure how rigorous it is in Iowa. Virginia will have a primary Feb. 12, one “semaine” after Super Tuesday. Virginia has very rigorous procedures even for primaries with recording and reporting machine results, requiring a 17 hour day of poll workers, a kind of national service (for $140) that comports with neocon fixation on exporting democracy and setting an example at home. I don’t know yet whether I will do it that day.

But it is the Demo-cats that get center stage here. Their caucus process requires something forgotten in our urbanized, "do-not-call-list", yuppie society: personal attention and persuasion. (I don't know if that is feline; somehow, the old WB Tom & Jerry cartoon "The Cat Concerto" made good DVD fare for Caucus day (it comes with "The Yearling"). It’s something that might work in a rural state. This is, after all, the setting of Clint Eastwood’s “The Bridges of Madison County,” not too far from my own father’s home (born in 1903) of New Virginia, Iowa, which I managed to visit in 1997 shortly after I had moved to Minneapolis for six years.

You hear a lot about people (“volunteers”) going door-to-door and offering personal transportation to bring potential voters to the caucuses. You hear people say that they operates as “persuaders” at the caucus, in the half-hour before Round 2, where any block of voters that didn’t make critical mass (15%) has to join a candidate that did.

I recall that one of the people who reviewed my 1997 book on Amazon was from Log Cabin Republicans, and her objection to my approach really, when it got down to it, was that I preferred to remain a pamphleteer rather than get out and raise money and win votes. After all, that is how most people perceive politics. You get people to raise money for you. (My goodness!) Or you raise money for other people. In 2000, I actually considered becoming Minnesota’s Libertarian Party candidate for Senate. I deferred to someone else, who was probably more effective than I would have been, especially with pet Second Amendment issues. In fact, in 1997, I met one candidate for Minneapolis City Council almost immediately and helped him campaign, and met a college student who had run for office in St. Paul at 21, and who helped arrange my Hamline speech in 1998.
There is something to running for office, after all.

As for Log Cabin Republicans (there is a film about them on Netflix, called “Gay Republicans”) they are right in that one wants to bring GOP on board to more progressive positions on issues – especially more libertarian or individualistic positions, which are certainly at great risk given the apparent dangers of today’s post 9/11, pre-apocalypse-and-purification world. What I could never bring myself to do is get out and campaign for their candidates. But I know that is how things get done.
Posted by Bill Boushka at 11:39 AM