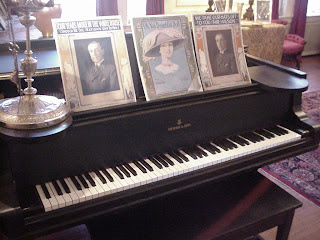 Today, Associate Professor of Law Daniel J. Solove, from The George Washington University in Washington DC, answered questions about online “privacy” issues for about an hour at The Washington Post. The link is here, and the Post story was called “Privacy, Free Speech, and Anonymity on the Internet.” The link for the discussion is here.

There were eleven questions and answers, and they started with the tragedy in Missouri in 2006 with teenager Megan Meier, who was humiliated when an impostor (pretending to be a teenage boy) pretended to “groom” her online and then rejected her. The story has received national attention and is covered in detail on my Internet Safety blog, which has an entry today (Thursday, January 10, 2007).

Dr. Solove indicated that the First Amendment protections for anonymous speech are very strong, and that, while the content of the other family appears reprehensible to many people, it may be very difficult or impossible to prosecute under the law as it is set up. The law protects some expressive behaviors that in a particular social context are offensive in order to protect freedom of speech for everyone.

The questions gradually migrated to concerns over the permanence of information on the Internet, especially the Internet Archive (which could be used to investigate past online activity of someone), as well as search engine caches. The professor indicated that persons, if they make the effort, can usually have such online archived information removed. There was also concern that eventually photo-information will be able to identify people even when they are not named in accompanying text. This concern seems more speculative.

There were several questions about employers checking job applicants with search engines. Dr. Solove answered that the law currently offers little or no protection against this, apparently even when employers make decisions based on false information or mistaken identities. Theoretically, the law regarding libel and invasion of privacy would work the same way as it does in the print world, but from a practical viewpoint it is almost impossible to implement existing case law on the Internet. He suggested that he personally believes that many employers have behaved in an unethical manner, and that employers ought to develop clear job-related blogging and publicity policies and convey these to job applicants and employees – an idea I have long promoted on this blog.

The last question involved online shaming and vigilantism. The online world makes things permanent, a feature that the legal system has not been prepared to deal with. From a psychological viewpoint, perhaps Nathaniel Hawthorne’s 19th Century novel “The Scarlet Letter” really does convey a relevant lesson. 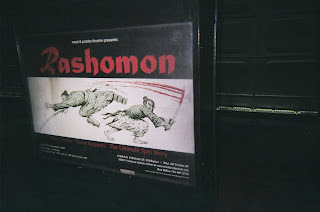 I did submit a question right at 11 AM. When the Washington Post server did not acknowledge the submission, I submitted it a second time (still no automated acknowledgement), with a note that the first submission may not have worked. The question was not answered, although similar questions were chosen. I don’t know whether he really received my question. I have been having some problems with pop-up controls interfering with some websites even when I think I’ve turned them off, and maybe this was a pop-up blocker issue.

Here is the question that I submitted. Of course, I appreciate “good faith” answers as comments.

"Why are employers checking Google and social networking sites on job applicants and employees when they know that the information they find is "unreliable"? Search engines and social networking sites were never designed as "background investigation (or skip tracing) tools". Employers can even easily identify the wrong person because of name synonyms, and pictures are harder to "identify" than one thinks.

"I wonder if companies are going to set themselves up to offer "online reputation" scores that are like FICO scores! This is crazy!"
Posted by Bill Boushka at 9:48 AM