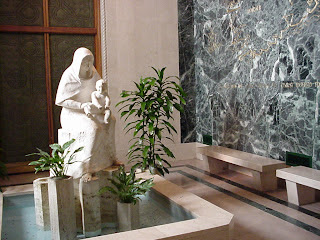 The Erickson Tribune, a leaflet-like newspaper for seniors, has a “disturbia” story on page 5 of its February 2008 issue by Michael G. Williams. “Your private life for sale: Online data brokers banking on your identity.” I could not find a link to the story online yet, although I presume that it will appear soon.

The article describes “online data brokers’ that sieve consumer information from a variety or sources: credit reports, public records (like judgments, convictions), real estate transactions, tax records, social security records, and divorce and family court. The story does not report sifting the Internet (especially social networking sites) with search engines (the “reputation defense” issue) but the temptation to do so is obviously there.

Generally, companies offer members of the public the right to opt out of having their data available, but few people know that this goes on. It would sound as though the data brokering industry ought to behave like the credit reporting industry, with security freezes, and an orderly procedure to correct errors.

One company presented in some detail is Intelius. This company offers a sample “fictitious” background check that would list properties owned and neighbors around the property. The sample contains disclaimers that appear to admit that synonym problems with names are possible, even with criminal background checks. For another story on Intelius, check my "network neutrality" blog here. Zabasearch has links to Intellius.

Another company is Bestpeoplesearch, which offers to locate people by a variety of complex criteria. In theory, this kind of service ought to be valuable to financial institutions making sure that they are doing business with correctly identified people. The site claims that it makes social security number searches available only to those who provide official documentation.

SearchPublicinfo makes a bald claim that anyone can do his own private investigation of anyone – friends, family, even “potential dates.” Of course, this is something people use search engines for now, as has been reported so often lately.

Docusearch is another such company, but it has a disclaimer that only the “investigative or legal industry” can use some searches.

There are larger companies known in this industry, such as Choicepoint. That company offers a free copy of any report on an individual ordered by an employer, landlord, insurer, or similar stakeholder, to that individual. But this company was involved in a security lapse in 2005, as in this news story in the Privacy Rights Clearinghouse. Another high-profile data gathering company is Lexis-Nexis, with this writeup of "RiskView." That company also experienced security problems in 2005, as in the MSNBC story here.

Representative Jim Moran wrote to me about this issue in 2005. You can see the letter here. One company that offers personal address searches is zabasearch.

The issue of background checks has always been problematic to a degree. The problem is long known with government security clearances (particularly in the days when sexual orientation was an issue for these, as it still is for the military). Even three decades ago, it was common for employers to tell new hires that investigative consumer reports could be run (to check "your mode of living"), although, in practice, they were usually rarely performed (even with respect to GLBT issues, when they were more problematic than they are today). The very nature of the need to run BI's implies the possibility of people being excluded from employment or other opportunities because of incorrect or misinterpreted information. This is very much like the “reputation defense” problem. 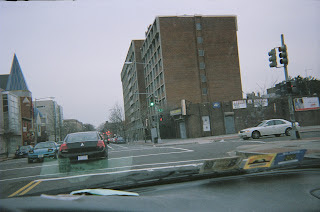 Reed-Elsevier, which owns both "Books in Print" and the ISBN Agency (RR Bowker), and LexisNexis, is buying ChoicePoint for $4.1 billion in cash. The story is "LexisNexis Parent Set to Buy ChoicePoint" by Ellen Nakashima and Robert O'Harrow Jr., on p. D01 Business of The Washington Post, Friday Feb. 22, 2008, link here.

There is an update story to this post on Feb. 29 on this blog.

Another major data broker, not well known and not mentioned in this story, is Entersect, used by state "intelligence fusion centers" such as in Maryland.

As a whole, some of these sites give good "clues" as to a person's activities or whereabouts (for skip tracing) but the information is often fragmentary and misleading or incomplete, and sometimes wrong. Good and fair business practice means that employment decisions (including exclusions) should never be made based on cursory examination of these databases or of search engines.
Posted by Bill Boushka at 6:24 PM