Divorcing husband writes "fictitious blog" "about" his failing marriage; wife "complains": when is fiction taken to be "real"? 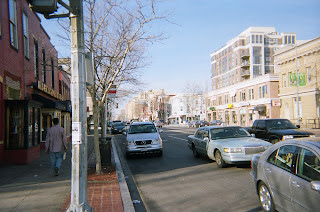 This morning, Friday January 11, ABC Good Morning America aired a story in which a man in Vermont getting a divorce wrote a “fictitious” blog telling a story similar to that of his marriage and divorce, but with many details changed and made up. The man maintains that it is “fiction,” like a novel in installments. The wife felt that the public would believe that the female “character” was her and viewed the material as either libelous or invading her privacy with a false light. The woman sued and a judge issued a restraining order that the blog be removed. The man has refused to obey the order so far.

The man’s attorney, Debra Schoenberg, appeared and talked about his first amendment rights and about the concept of prior restraint. She did make the point that the Internet has tended to globalize what used to be the town "soap box," making it quickly visible, through search engines, anywhere on the planet with a wireless connection.

ABC posted the story around noon Friday. It is called "Should Husband Be Able to Blog About His Marriage?; Man Says His Web Site Is Fiction; Wife Calls It Defamatory and Harassment", with the link here. The man is William Krasnansky. The URL for the blog is this. Notice that the blog says "The Following Is A Work Of Fiction: The Names, Characters, Places & Incidents Are Either The Product Of The Author's Imagination Or Are Used Fictitiously..." (the disclaimer continues with language familiar in motion pictures) but further down the page he refers to the "first page or so of an auto-biographical novel ..." So is it really fiction? The ABC anchor who described the story was Chris Cuomo, who is himself an attorney (also, like Anderson Cooper, globe-trotting, to the ends of the earth in a recent ABC series about the most remote areas of the earth affected by global warming.)

There is a famous case in California, about the novel “Touching,” from the late 1970s, where someone who resembled a character in a novel sued successfully when claiming that the author was writing about her. It’s not clear that a ruling in California could apply in other states, although it might be a kind of “persuasive evidence.” In this case, however, the couple had lived in California, which could make earlier California court precedents more relevant.

I had a situation like this with a fictitious screenplay, and I discussed it on July 27, 2007 on this blog. I have more information about it on a recent entry, here.

Emily Friedman has a somewhat related story on ABC News, from Nov. 20, 2007, "Have a Complaint? Blog about It: More People Using the Internet to Vent Means More Defamation Suits," link here. A few consumers have been sued by companies who complained "falsely" about their products, and at least one mother has been sued by a private school over false claims supposedly made on her blog.

ABC News has gotten a lot of comments this after noon about the "fictitious marriage blog" story and one of them, from "akarubytuesday" (female) claims having been arrested and jailed for "extortion" in CA for demanding an apology on the web after a certain affair went bad. Her website has photos of news clips. It is a pretty unbelievable story (the details are hard to summarize right here, but I recommend tracking it down). The URL on myspace (dated Oct 1, 2007) is this, but you may have to be or become a Myspace member and subscribe to the blog to read it. She refers to womansavers.com, which has more material on that kind of problem, but at this time that second site is rated Yellow by McAfee (might change later).

I also posted the following comment on this story:

"There was a famous case in California in the late 1970s about fiction and libel, with the novel "Touching" (I think it was called Bindrim v Mitchell). I don't know whether it applies here, but ABC's journalists should look into it -- esp. Chris Cuomo since he is an attorney himself.

"I had a case in 2005 when I was substitute teaching. I wrote a screenplay for a short film and posted on my own site. It was entirely fictitious, but it showed, as a "thought experiment" how a teacher can get into trouble and get tossed in jail (in the screenplay the teacher dies there). I got in trouble with the school system over this because the principal at one school thought that the central character resembled me too much after she found it with Google. It really WAS fiction.

"This fiction imitating or predicting real life is getting to be a serious problem, and I'm not sure lawyers have figured it out yet. The legal name for the problem is 'implicit content.'"

One other aspect of this problem of fiction-imitating-life in blogs strikes me. If some people get so upset about finding these, doesn't this imply that individual blogs, even among the hundreds of millions of them, do find significant audiences, even supplementing the draw of major media?