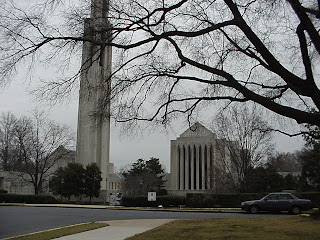 On Oct 9, 2007 in this blog, I wrote a piece about personal morality for people like me who are “different” because of the unusual “karma” we may have with the rest of the world.

I have been in a period in the past few years where sometimes others do not respect me in a normal way. They may believe that some things I have said publicly might have brought on this “disrespect” of normal rights, and they may believe there are some specific ways they would like to see me interact with others. Without discussing personal details more than necessary, I’d like to address this problem a little more and see where it leads.

Back in the 1990s I had a situation where I took a corporate transfer in order to avoid working “directly” for military-associated clients. I felt there was a “conflict of interest” because I was publishing a book that goes into detail about the “don’t ask don’t tell” issue. In 1999 there was a family situation that could have compelled me to come back. I said that I would not. Fortunately, it was resolved without immediate harm, although there was risk and disruption. Underneath the COI issue, there was an undertone that someone who was not “morally” eligible for military service (to take his turn taking the risks to defend the country) should not earn an income from it. (That kind of thinking had been common a few decades ago, when civilian gays could not get security clearances or, often, other civil service employment. I wrote about this yesterday on my GLBT blog in reference to conservative comments on the DADT issue, here.

Then, in 2004, the same sort of issue came up with substitute teaching. A few assignments, without properly informing me, could have placed me in the situation of giving intimate custodial care to a severely disabled person of the same sex. The argument can be made that someone with my level of publicity should not be allowed to do this kind of work (because of the 1993 federal DADT law), and some lawyers have told me that it is probably unwise. I posted this observation on my sites and some school administrators became upset when they discovered it. I can say, this is good education for them – they have to teach social studies – so they understand how serious an issue like DADT can be, even outside the military.

Another observation that comes up is the notion that some of my online material would present me “unfavorably” from a “reputation defense” point of view, and draw (in the minds of some people) dangerous or unfavorable attention to me and to others connected to me. There was a particular problem in 2005 with a fictitious screenplay in which a character who may resemble me is depicted as doing something especially wrong in the view of some people. Now, I discussed this in the July blog, along with some mention of the legal background (the California “Touching” case). The whole issue of “autobiographical” fiction is beyond the scope of this particular entry (it is the subject of a recent film “Starting Out in the Evening”) and may be taken up again later.

What some people want (I can make light of this with the movie “What Women Want”) is for me to take advantage of “discrimination” laws and prove that, with assistance, I can function as an “authority figure” in the specific sense of fitting into a social or business hierarchy. With a teacher, that means someone who is more than a tutor, facilitator, or imparter of content; it means someone who is an authority figure to be obeyed for authority's sake, in a chain-of-command position. As an individual contributor in information technology, this never came up, but it has appeared in several contexts since 2003 (in a debt collection job interview and subsequent job, in an interview to become an insurance agent, in an unsolicited interview call to supervise youths raising money for charity with surplus sales). A particular desire was to see me function, somewhat publicly, as a “role model,” as one substitute assignment where I, at 60, was asked to forgo shame and get into swimming trunks. No, it was too late in adulthood for that.

But I definitely get where some of this is coming from. Last night, I watched the 1946 MGM flick “The Yearling” where the demands of a family (in the Reconstruction South, in this case) on its members (in this case, a little boy) to conform to the survival needs of the family as a whole, rather than his personal desires (in this case, to preserve the life of a fawn he had tamed). At one point, in a rather strange soliloquy for a film of its time, the boy speculates that he will never get married. Later, at the end of the film, his father (Gregory Peck) renders the mandatory fatherly lecture on getting up from life’s unfair arbitrary knocks. But, imagine a world in which you live for your family (and perceive yourself as past of a family group in how you experience all of life) before you get to set your own goals. In the more modern world, some of us call that “adaptive” behavior, with totally selected personal relationships and activities termed “creative.”

I have been able to lead “a different life,” and make it productive, because of increasing technology, which meant mobility, visibility, communication, globalization, and the luxury of being selective with personal commitments for the code decades of my adult years – but not at the beginning, and, again, less so recently. Not everyone has the “luxury” of these resources, and, until a few decades ago, most societies believed that they could not afford the “luxury” of allowing much diversity within families. Societies expected (with a good deal of oppression, and with great invitation for abuse) people to develop the complementary skills appropriate for their genders, and operate through these. That’s still true now in much of the developing world (and look at how much of the Muslim world works today). One cannot take these resources for granted.

In a world in which I did not have those resources, I can certainly understand how I would believe that I need lineage of my own, and need to deal with the realities of competitive patriarchal behavior. I have been able to lead my adult life without jealousy. That sounds good, but it need not have been so. In a different society, I would have needed to compete to keep loyal wives just like the characters Shawn and Lucas on “Days of our Lives.” Indeed, until recent times, most middle class people grew up with the presumption that their main role on this planet was to reproduce, or to support the reproductive efforts of others, all within the structure of the legally defined nuclear family of blood loyalties; expressing one's own talents could take a back seat. Many people still experience life this way. I’m not saying that this is good or right (it can lead to pretty horrible things – it certainly does in the soaps) but I can understand and empathize with how it happens. I didn’t ten years ago the way I do now. I can even see the appeal of "natural law" -- the idea that lineage is so basic (in its connection to reverence for human life) that one must not cheat the "natural law" that supports it -- leading to the Vatican or otherwise religious idea that sexuality without the (emotional) "risk" (as well as responsibility in a more conventional perspective) of procreation cheats "nature" in such a way that "normal" families cannot be expected to function. In retrospect, it seems that this notion of keeping a protective shell of "natural law" and "natural duty" justified the outright harassment of homosexuals (even police raids of gay bars) a few decades in the past. Modern ideas of individual sovereignty, as incorporated into the law, have diluted this "old chestnut" of moral notion, to the disadvantage of some people, but also to the point that "modern" young people don't grasp where old fashioned notions of "public morality" came from -- familial and tribal survival.

The need for familial connectivity comes up with eldercare. I’ve talked about filial responsibility laws in many states, and these could in coming years create a new crisis for childless and GLBT people especially. Beyond the financial issues, there is the practical problem that sometimes seniors may need adult children to “protect” them by sharing the same cultural world, when they have lived very different and separated lives for some decades. It is difficult to go to bat for a family unless you have your own lineage -- whether by biology or adoption – even though societies (especially the Catholic Church) have tried to figure out ways to keep singles and the childless (not always synonymous) socialized for millennia. Likewise, it is difficult for a “yuppie adult” otherwise childless to suddenly act as a role model for children, but given the post 9/11 and post-NCLB directions we are going, some people may find themselves walking in these shoes.
Posted by Bill Boushka at 4:31 PM