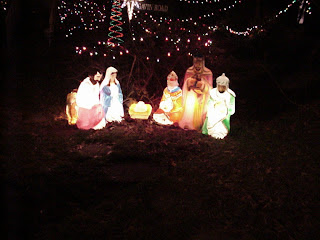 January 6 this year is another big anniversary. On Tuesday, January 6, 1998, ten years ago, I had the accident that prompted my only major surgery so far in my life, and it produced a major lesson on health care.

Around 9:15 AM I was at work and the mainframe TSO/ISPF session stalled. So I decided to go get some coffee at the local Tom Thumb, 500 feet away, although requiring a walk through Minneapolis parking lots in winter just after a mild icing event. I got inside all right, but the entry to the convenience store from the hallway required a sharp left turn. The first few feet in the store were wet and the employees had neglected to put the pad down. The Law of Conservation of Angular Momentum took over. As I turned on the wet floor in street shoes, I hydroplaned. I went down and fell on my left side, so suddenly that I could not stop it. Had I not been turning, however, I would not have fallen.

I could not get up. The store called for an ambulance, and I was taken to Methodist Hospital in St. Louis Park. That’s where the insurance card said I should be taken. They took the Xray, and a young resident came in and told me I had a hip fracture. But I was in the wrong hospital. Another ambulance ride took me to Riverside Hospital on the West Bank in Minneapolis. By afternoon I had an MRI (with the help of morphine) and a leading orthopedic surgeon was called in. He determined that I needed a special operation, to be done at the main University of Minnesota Hospital on the East Bank across the river.

Instead of the usual 45-minute operation for a hip replacement, I had a cracked acetabulum, which drove the femur into the pelvis. This required a six-hour operation. I remember been wheeled down toward the OR about 3 PM on Thursday Jan. 8, and nothing more for the next six hours. The embarrassing stuff was done after I was out.

The surgeon put in a titanium plate to hold the pelvis together. Then I would just heal. I was told that this was a brand new and experimental device. There was never a charge for the device, which would normally cost some thousands of dollars. I was a guinea pig, of the private health care system.

I woke up with my left leg in a cradle, with a motor to exercise it. I had never experienced a catheter or bedpan before, and it was soon old hat. I needed a blood transfusion because of the loss of blood from the bone. I remember the nurse coming in at night to adjust the intravenous line and saying, “let’s save some hair on your arm.” A hospital stay gets embarrassing and personal.

After a week, I was transferred across the river to rehab, which amounted to a skilled nursing facility (SNF). There was only one shower on the floor, which was odd. It was a boring existence, with a spectacular view of the Mississippi River in winter. Fortunately, I reached the inflection point in recovery quickly. Once I could get down to the main hospital on crutches, I could go home. I had a scare with swelling, and a plethysomgraphy and echo sound test to make sure I didn’t have a clot.

So the private health care system, funded by employer insurance, had worked well. I got back to work in three weeks and never missed a day. It helped that I lived 1000 feet away from work, in the Churchill Apartments.

The main hangup was in getting credit from Health Partners for my referral, so that all treatment was covered in network. In the meantime, I litigated with the help of an attorney who happened to be a Democratic state senator. There was a lot of posturing, but eventually the liability insurance company for the convenience store settled, and then Health Partners subrogated, meaning that the lawyer and Health Plan took the entire award, almost. This was no slip-fall racket.

I would go ahead to give a lecture on my book from crutches, to be videotaped and televised, at Hamline University on February 25, and get a traffic ticket on the way home. The cop didn’t even notice the crutches. Oddly, driving a stick shift with this injury was no problem at all.

The moment of triumph (and perhaps a personal Epiphany) came at the Academy Awards Banquet, for which the Minnesota AIDS Project had scheduled an event at the Orpheum Theater on Hennepin. I would take the crutches with me in the cab from the Churchill, but put them down and spent the evening walking without them.

The private health care system had served me well, giving me immediate, state of the art, and even experimental surgical treatment. There were no battles over unproven procedures, as we hear about today. There were battles over internal referrals. At one point, in fact, Health Partners seemed to be saying that I could not have gotten a valid referral because I had not yet picked a primary care physician when moving to Minnesota (just four months before). But they dropped that ruse.

What I fear is that in Britain or Canada I could have lay in traction for weeks waiting for surgery, exposed to pneumonia from inactivity (I did have a problem with fever from lack of activity to clear my lungs for a few days; it went away as soon as I was more mobile). The nature of the fracture meant that an innovative device was needed for rapid recovery and return to work. Do severe acetabular fractures like this get immediate surgical treatment in countries with single payer or nationalized systems?
Posted by Bill Boushka at 7:14 PM

It's not perfect, but I think that the New Zealand system is good. In the event of an accident, the government will pay your medical bills, and pay you 80% of your income until you get back to work. In return, you cannot sue.