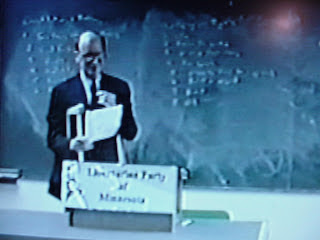 When I was growing up, my father, who was a self-employed manufacturer’s representative (in the days when domestic manufacturing was like knighthood in flower), used to make fun of labor unions and strikes. As a computer programmer and individualist, my own career was never directly affected by labor problems (except when at NBC, as a programmer, I worked two months as a replacement boom man on a soap opera set during the 1976 NABET strike – in the days when video journalism was new and rapidly changing the business). I have always been personally sympathetic to “right to work” logic. But collective bargaining is a legally guaranteed right of all workers. The practical effect of strikes, particularly in rust belt industries, has been considerable. Some strikes against municipalities and transit systems have been illegal, and unions almost brought New York City to a standstill in the 1970s with the financial crisis (remember the Daily News headline: “Ford to City: Drop Dead”!), although the Teachers’ Union helped to settle it. I still remember the futile bargaining in the early 1970s to save the 35-cent New York City subway fare.

When I started writing and publishing in the 1990s, I discovered the National Writers Union, which has made a big deal out of writers’ republication royalties when their articles are placed by their media publishers on the Internet, often as “free” content (sometimes with charge when archived) supported by web advertising.

So it is now with the WGA (Writers Guild of America) strike in LA, tracked in detail on the Nov 4 entry of my TV blog (go here). It seems that the talks broke down Friday Dec. 7 in some usual baby play, posturing and nastiness. Actually, the demand by unions or guilds for fair royalties from republication or redistribution by Internet and DVD comports with modern business models of paying workers by “piecework” or with commissions or royalties according to sales numbers. Such a model, compared to a flat salary or hourly wage with benefits (guilds actually negotiate health insurance benefits for its freelance members) generally can lead to more jobs, and in the movie business, can increase the probability that a given spec script (even mine) might actually get made. So I can understand, even according to the philosophy of the free market, why the royalty demands matter.

Nevertheless, there are other demands that are more problematic. One is that the guilds control reality TV shows. Since these shows are based on a “winner take all” mentality (or at least “winner take most”) it’s less clear that this is appropriate. Imagine Jeopardy or “The Apprentice” contestants being represented by a guild!

Can some movies go on without the Guild? I suppose so. Many small films, with DVD’s available from Netflix, seem to be made without the unions (SAG makes available specific agreements for small budget indie films, however). High concept might well come from a writer who tries his or her own spec script in order to advance an original idea. However, often professional industry members will be needed to make it practical to actually produce a releasable film. This is all the more true of a script to be adapted for a TV series, where the scenes have to fit into exact time slices. (I have one such script, “Make the A-List”, that lends itself to adaptation into a CW-like series.) Furthermore, there are all kinds of technical issues that come up with shooting scripts that generally require the skills of professionals. So “amateurs” have a legitimate self-interest in seeing this dispute settled with a new contract. Hence, I offer my own bit of jawboning with this posting.

It’s good to see that the Broadway strike by stagehands was settled, although there were a lot of losses in New York over Thanksgiving. Here the issues were more about working conditions and safety, as well as money, according to the union.

Parties concerned about these labor matters in the film, TV and theater industries ought to look at Tilda Swinton 's 2002 speech "In the Spirit of Derek Jarman" made at a film festival in Edinburgh, Scotland, available on a Fine Line / Image DVD of Jarman's 1991 film "Edward II" (of Christopher Marlowe 's controversial play). She talks a lot about balancing money concerns with artistic integrity.

Major media outlets report major progress and a possible settlement, with announcement the week of Feb 3. Steve Gorman's story on Reuters is "Major progress reported in writers talks" and the link is here.
Posted by Bill Boushka at 6:44 AM