Those were the days: when bus travel and hitchhiking were in flower 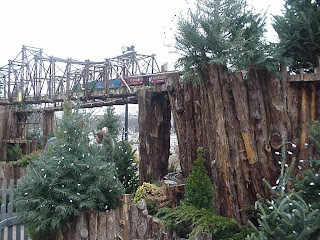 On Friday, Dec. 16, 1966 (I had to check this on a perpetual calendar website), I and several friends from the University of Kansas “took off.” One of the guys had rented an “in transit” car (a full sized Olds, quite luxurious then) to be driven from KCMO (aka Metropolis for Smallville fans) to Longview, WA. At age 23, I had been raised in the DC area and never been west of Topeka, KS. That would change quickly. We were lucky to have mild, dry weather.

By 3 AM we could see the lights of Denver from I-70 as we drove past the old Stapleton airport. We took US-40 to climb through the mountains (the Eisenhower Tunnel, a favorite hangout of writer Stephen King, had not been started yet) and the same came out as we got through the Front Range and in one of those open space parks we played in the fresh dry snow powder. We drove straight through, reaching the Salt Lake Desert Saturday night. I took a long turn driving through Nevada that night and almost fell asleep. I remember the reflectors on the road at the California border near Tahoe. We got to San Francisco Sunday. We crashed in sleeping bags on the floor of one of the students’ home in Palo Alto (I slept 12 hours to catch up). Monday we headed north (we diverted to Bodega Bay and ran around on the beach -- the site of Alfred Hitchcock's "The Birds"), finding common Pacific Northwest rain at night and reaching Seattle Tuesday. We headed north and crashed in another friend’s house in Vancouver BC (aka Metropolis II, where Smallville is really filmed) with the weather still rainy. Wednesday morning I would fly home to DC. A prop plane to Seattle, a DC 9 to Chicago, and a 727 to National. The whole process took only about seven hours.

In retrospect the 5-day car trip seems a bit like a "Sam and Dean" adventure from Supernatural. I remember some of the car radio music: "Lady Godiva," "Chestnuts Roasting over an Open Fire" etc.

Over Thanksgiving 1967, I would take another western trip. A grad student friend would deliver me to the Greyhound station in Lawrence, KS, for the bus to Tulsa. I would meet a friend in Bartlesville Thanksgiving morning. I remember the brown, barren appearance of the Oklahoma plains in November. By that night I would be crossing the Divide again, at Sandia Mountain before entering Albuquerque. I remember Gallup, and I stayed with another friend in a dorm at Northern Arizona University in Flagstaff Friday night. (The bus station warns of “high elevation” 6900 feet, and there was some snow around). Saturday, I met an old chum from my William and Mary fiasco (described already on this blog) in Los Angeles, and spent the night at his family’s home in Pasadena. He was the guy who claimed to have written 57 symphonies. Now, I never knew about the credibility of this, but at W&M he had played a piano rendition of an (that is, his) E-flat major piano concerto, about 30 minutes, three movements, and I could reconstruct it today. I was sort of Hummel-like (lots of octave passages; it had a lugubrious arioso slow movement in g minor), and I think it was authentic. (Just see my drama blog for Dec 2006 for a much more credible news story about music composition.) I left LA by bus Sunday night and was back on campus Tuesday morning, missing only one day of class. I remember Gallup on the way back. And I remember the Topology hour exam that Tuesday morning.

The last of these youthful trips would occur in January 1968, after finishing and passing my Master’s orals. I had been teaching algebra as an assistant instructor, and took the students’ final exams with me and graded them on the bus to western Kansas, where I visited an old roommate who lived in Tribune (almost on the Colorado border).

When I returned home to DC at the end of that month I had just a week or so before being inducted into the Army in Richmond, on February 8, 1968. Tom Brokaw says that 1968 was the pivotal year that would lead to our cultural wars, and I think he is right.

In the thirty-plus years that would follow (two years Army, 30+ years of work), I would run around the western states many times (including job interviews before leaving the Army),usually with rental cars. I would make it to Europe three times, but never the other continents. (Russia is on the list now. Maybe Dubai. Oh, it would be wonderful to be able to rent a place in Spain and just write novels.) Travel would get more complicated, as one had to “secure” one’s life before leaving. And now, there is all the 9/11 security. In grad student days, though, I had few possessions and nobody worried about dorm or apartment security. Those days are sadly long gone. As one song went (I heard it a lot of times on the radio in Army Barracks), “Those were the days my friend, I thought they’d never end.” But they did.
Posted by Bill Boushka at 7:35 PM