Profiles and blogs: Employers can easily "identify" the wrong person, and nobody will ever know 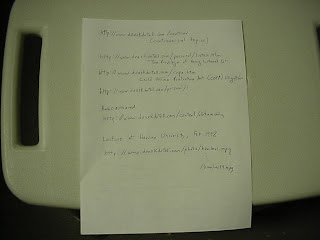 A week or so ago I went through an online search engine exercise that underscores the problems of employers checking blogs and social networking profiles of job applicants and employed associates. There is a real danger with many people that employers will simply find the wrong person. Even with job application information, it may be hard to verify that a particular profile or blog really matches the person in question. It’s even more disturbing when reacting to comments made about a person about others and found by search engines. It’s easy to find the wrong person.

There is a particular person (whom I will not name here because the identity doesn’t matter to make my point) who helps organize film events in the GLBT and Hebrew communities. There is another person with the same name who makes short films. There is a third person with that name who sings and makes albums. They are about the same age and Internet pictures look a bit alike. Pictures (especially when reduced in size in blogs or thumbnails, or when in motion in grainy videos as on YouTube) can be deceptive. Such images should not be used as lineups. Although there is nothing derogatory (from the perspective of most people in the American middle-of-the-road mainstream) in any of this material, I can imagine what could happen if there were, and an employer misidentified a clip, picture, post or profile. It could happen.

A secondary problem then happens when an employer does not call in an applicant for an interview, or does not extend an offer and never contacts the applicant again. The legal climate of “employment at will” encourages employers to make employment decisions “for no reason” and offer no explanation; offering an explanation involving on-line speech might seem to invite legal problems (although the First Amendment only protects speakers from the government (often including government employers) or in certain litigation issues like fair use; it does not protect people from private employers. I have reason to believe that this has happened, maybe to me (as far back as 2003) and maybe to others that I know about. Also, it appears to happen sometimes to the wrong person, and sometimes because of information (or videos) posted by other parties (which can refer to the wrong person). There are no real safeguards against this. This is a major motivation for the company and site called "Reputation Defender" and similar other services. 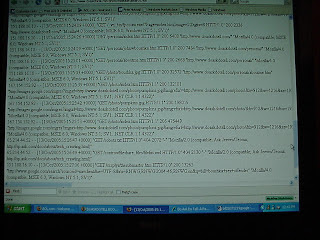 In 2005, when I was substitute teaching, I encountered another situation that illustrates this problem. I had posted a fictitious screenplay on my site in which a character similar to me is put in a very disturbing situation with a seemingly negative outcome. (Whether that matters illegally is an unsettled question, but is has been litigated [in the pre-Internet print world] in California and New York with varying results -- the "Touching" and "Bell Jar" cases; in any case I never bothered to put the standard movie "fictitious" disclaimer on my draft -- but even that may not matter.) While on an assignment at a particular Fairfax County high school, a newspaper editorial appeared discussing the possible impact of campaign finance reform on bloggers. I showed this to an English teacher-intern (that topic certainly belongs in school) and then gave her a handwritten reference to my site, with some files relevant to that essay. The next day I got a phone call at home that I had given her a reference to an “inappropriate website” because this other material was on the same site. They had known about the material previously (in part from search engines) but would not assume that I was the same person who wrote the screenplay (even though WHOIS on domains makes that easy to check in my case) until I mentioned my domain in connection with the campaign finance reform issue. This is definitely a “don’t ask don’t tell” kind of problem.

The issue may be less important with teens who keep their profiles whitelisted or private, which all major social networking sites allow and encourage (sometimes require). Even so, profile information seems to circulate the way gossip did in the old bricks and mortar world.

The Human Resources world does need to get its act together on fair employment practices involving employee online speech.

I've made a related posting about network TV videos about Reputation Defender on my TV blog, here.
Posted by Bill Boushka at 9:46 AM