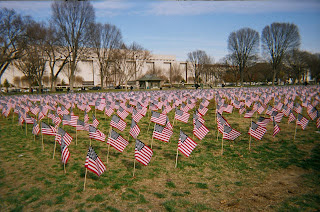 Anonymous speech has long been defended as a fundamental First Amendment right. The concept probably relates to the notion of speech in earlier times as related to assembly and redress, where individuals were not necessarily identified and considered entitled to act as a group, just as they are with collective bargaining. The Supreme Court strengthened the notion of anonymous speech as a fundamental right in the 1995 case McIntyre v. Ohio Elections Commission, as explained by EFF here:

There is a recent case in New Jersey where a township, Manalapan, filed and indemnification suit against an attorney regarding cleanup of a property that the attorney helped the township buy. A typical link is here, by Kathy Baratta, “Judge denies attorney’s request to dismiss case in the Englishtown News Transcript, here.

In the meantime, an anonymous blog named named daTruthSquad emerged. http://datruthsquad.blogspot.com/ The township issued a subpoena trying to identify the blogger, as it claimed that the blogger could be the defendant.

A couple of sidebars come up here. One is that anonymity has become important especially for minors and families, as high school and college students need to be able to express ideas without attracting harm in certain cases (well discussed in the media) or without their expressions winding up before employers or schools. Of course, this point has a double edge: sometimes political speech is effective only when the speaker is willing and eager to be known.

Another important point that comes to mind is the state where this is going on. New Jersey has a history of cases associated with speech, with some townships in the past fining rabbis or other people for writing or working at home, supposedly out of “protectionist” (from the point of view of commercial property owners) zoning laws in some communities, a topic I have noted before on my issues blog. I don’t know if this is still going on, in a world where we need to encourage telecommuting and cutting down on fuel and carbon emissions.

NBC Today reported on 12/9 disturbing examples of people impersonating others in blogs (and this has been reported on Dr. Phil when kid impersonated a school administrator with a Myspace profile. These are hardly a protected examples of anonymous speech.
Posted by Bill Boushka at 7:14 AM