FAIR USE Act, and Pro IP Act: Congress must be careful 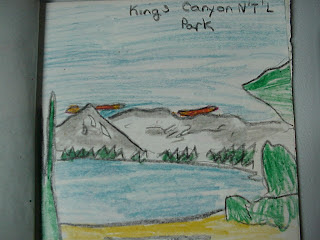 Electronic Frontier Foundation is encouraging users to become familiar with and support the “Freedom and Information Revitalizing U.S. Entrepreneurship of 2007” (also called the “Fair Use Act”). One sponsor is Democrat Rick Boucher (D-Va). The bill would prevent limit secondary liability for hardware manufacturers that offer goods that can be used for infringement, and expand fair use in certain circumstances where record studios and music companies may feel obliged to go after individual abusers.

Boucher’s own explanation of the bill is here. It is viewable on LOC Thomas as H.R. 1201.

There is a general problem that publicly traded media companies perceive a fiduciary responsibility (to their shareholders) to go after every possible infringement on their materials or brands. Unfortunately, they do not have much of a “golden compass” on how to distinguish between real piracy and incidental infringement by home users, professors, or schools, and they have been unable to change their business models rapidly enough to keep up with broadband technology software and hardware (P2P, BitTorrent, iPods, etc.). Hardware manufacturers and ISPs alike could face downstream liability for the behavior of their customers unless there is some kind of legislative or judicial oversight on how media companies apply copyright laws. Generally, the courts (especially in MGM v. Grokster) have tried to articulate the idea that secondary liability exists when the defendant’s business is predicated on encouraging infringement. But this concept can be very hard to limit and pin down. There is also an undertone of wanting to eliminate “low budget” competition that does not have to deal with the unions, guilds, rents, and other high levels of expense of mainline media businesses.

The language of the FAIR USE bill is also available here. http://action.eff.org/site/DocServer/boucher_hr_1201.pdf?docid=461, EFF supports the bill with this "Support the FAIR USE Act: Electronic Frontier Foundation”, dated back on Feb. 27, 2007, link:
However EFF criticizes a related “Pro IP Act” in a Dec. 17 posting by Richard Esquerra, “Pro IP Act Aims to Increase Infringement Penalties and Expand Government Enforcement, “ here.

There are some criticisms of this Act, as on Ars Technica “The Art of Technology” here, by Ken Fisher, “Digital Fair Use bill introduced to US House (sans teeth)
here. Tim Lee writes an article here “FAIR USE Act analysis: DMCA reform left on the cutting room floor, “ here.

On balance, both bills mentioned here seem to leave of a lot unanswered questions that are going to have to be followed carefully.

See my wordpress blog for legal references, here.
Posted by Bill Boushka at 9:46 AM