"Brother's Keeper" as a Biblical and as a practical social concept 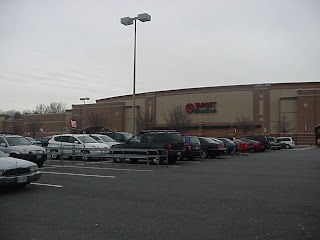 The term “brother’s keeper” often comes up as a moral conceptual counterweight to “selfishness” or self-promotion in a competitive society. The term originally came from the story of Cain and Abel in Genesis Chapter 4, where Cain asked, “Am I My Brother’s Keeper?” Of course, literally speaking, the application seems limited: Cain, had after all, aggressed upon his brother and harmed him directly. The story seems limited to direct harm to others and perhaps even more so within the family or tribe.

In the New Testament, of course, Jesus gave a whole new meaning to the idea of charity. There are many passages about charity and “loving your enemies,” both in the Gospels and in the Epistles that follow. One good direct example would be I Corinthians 10:24, “Let no one seek his own good, but the good of his neighbor.”

The early Christians lived quite a socialized underground existence and practiced “Kingdom economics.” But what does this say about the appropriateness with which we set and follow our own personal goals in today’s world. We know that a free economy has to be competitive if people will have the necessary incentives to make their lives better, but that also implies that people must work together and learn interdependence. Some of the issues that have been flying around since 9/11 (and these include natural external problems like global warming and pandemics) bring up discussion of the need for people to accept interdependence and “watch their neighbors” even as technology has allowed many people in the West to live and set their own priorities very independently, often enough even within the context of the traditional nuclear family was well as with GLBT and other lifestyles. In general, people have become more responsible for their own expressive and perceptual well-being, and blood kinship or lineage ties have tended to become less automatic and perhaps weaker. This does not work out well for everyone.

The polarity theory of Paul Rosenfels (discussed often on these blogs) dealt a lot with psychological defenses, and remedying these often meant accepting some sort of meaningful interdependence, while at the same time maintaining the capacity for selectivity.

The legal system in the West had gradually tended to place more emphasis on personal responsibility, even within the legal family unit. That trend has been essential in developing modern ideas of GLBT rights and equality. However, there are many relics in our legal system that seem to reflect a concern over the possibility that one person’s demand can entice himself or others into harmful actions. Drug laws are still a particularly important example (of "brother's keeper" laws). In the age of the Internet, profiles and search engines, it’s easy to examine the problems that can arise, as we saw with the COPA trial, and with increasing concerns of the risks people can inadvertently cause for themselves and others when they have instant topological access to the entire planet with their content. We don’t know conclusively where this is headed.
Posted by Bill Boushka at 8:43 PM