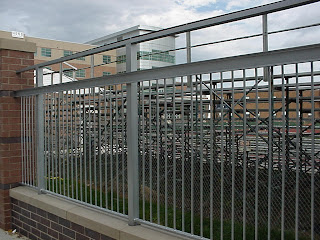 Last June, at the Digital Media conference at the AFI theater in Silver Spring, MD, user-generated content was all the rage in the symposia and discussions.

Saturday, Nov. 24, the Business Day section of The New York Times featured a story by Evelyn Nussenbaum, “Publisher Gets Web Readers to Fill Pages of Its Magazines,” here.

The story first discusses Halsey Minor and his technology info site CNET. I have been familiar with it for a number of years, and am on the email list. Shortly after my end-of-2001 layoff and buyout retirement, I remember getting a lot of emails at home about the world of an information technology manager, about all of the security and productivity issues. A manager of someone else’s world was the last thing, then at age 58, that I wanted to be. I had always been an individual contributor. The tone of those articles, along with the message boards and discussions that followed, struck me.

The article goes on to discuss the collaboration with Paul Cloutier and severy ventures, including JPGMag and Everyman. JPG encourages members of visitors to submit material (mainly photographs and visuals) that other members rate or vote on. The “best” material gets selected for a print magazine, that does appear to have some challenges to stay in the black. Advertising on both the magazine and website are kept within certain bounds so as not to disturb or annoy visitors or readers. This could be a way for some people to get "published" by a third party without working with agents in the usual manner or doing more conventional formal submissions. This is real publication of work offering royalties, not just payment-free publication of LTE's or forum commentaries.

Then, in today’s New York Times Magazine (Nov. 25), p. 26, Virginia Heffernan has a picaresque essay “The Medium: In Defense of Lurking: Solitary Consumption, not interactivity, many be the best thing about the Web,” link here.

Actually, I used to think that was what “surfing” was all about, especially back in the 90s. In these Patriot Act days, you wonder if someone could get too interested in tracking the sites you went to by IP number – and there are some things that are patently illegal to have images of on your computer. It’s a much bigger issue at work, but it could be at home, or on a family computer with other family members. Still, her article discusses a couple of varied issues, one of which is our loss of reading – especially literary materials – for pleasure. (I remember at George Washington University in English literature reading a Wordsworth poem about how poetry was supposed to give pleasure.) She mentions that professional actors (especially stage) have little time to read things other than the scripts they perform or audition for (even more so for Shakespeare-type actors – who at least can get as far as Marlowe), and that teachers (especially in humanities) have little time, after grading papers and preparing lessons, for material that goes outside of approved school curricula – even for themselves – and that creates certain tensions among teachers when outside influences (substitutes) come in the door. She also talks about how some “lurkers” insist on enforcing their constitutional right to anonymity when they blog (that’s a good thing in these days that employers mine Myspace and Facebook pages) – and that a New Republic editor got sacked for blogging anonymously on the magazine’s site, and that a foods executive got fired for promoting his stock anonymously on an investor trash board.

Picture: The new Washington-Less High School in Arlington VA (I graduated in 1961), taken Thanksgiving Day.
Posted by Bill Boushka at 10:40 AM